How to read the news

The public’s frustration with the American media and beyond is building and what’s worse, are the Americans who give credibility to media organizations because they are the “big” names in media — The New York Times and Washington Post are two examples. That covers print, however, this editorial addresses print, broadcast and online “news.”
The tabloid reporting coming from the “press” at the top of the journalism spectrum is worrisome. It takes the profession and twists it into something ugly and unethical. Journalists are journalists because they have a penchant for justice and truth, but as we are seeing today, those who call themselves the “press” and report stories with information from “anonymous sources” are not doing Americans a service. And, that is what journalism is — a service. News stories are history’s “first draft” and if the first draft rests on air, we have a problem.
Most all of these “news” organizations have cried out, “Freedom of the Press,” but they are leaving a crucial part out — that freedom comes with a tremendous responsibility and when a journalist meets this responsibility, it is a terrific feeling of service.
On March 10, “LIBERTY The Press and the Presidency in the Post-Truth Era” will be held at the University of Nebraska-Lincoln. Concerning are the players who will present: Human Rights Watch, the Washington Post and the Omaha World Herald.
All three of these organizations have reported false information regarding the “wars” in the middle east. The Omaha World Herald often regurgitates information from the Associated Press. Human Rights Watch calls for further sanctions on Syria.
In the description of the seminar, the phrases, “Alternative News” and “Fake News” are mentioned. Perhaps the most worrisome.
Since 2002, the United States has been at “war” in the middle east. You know the drill. It started with the weapons of mass destruction in Iraq and Saddam Hussein’s cruelty toward his people. Later, it was Gaddafi in Libya who was the murdering tyrant, then, President Assad of Syria, who was gassing the Syrian people.
At some point, it became clear the WMD story rang weak and even the “big” media corporations reported the evidence was falsified, however, they continued to relay the same rhetoric coming from Washington on Afghanistan, Libya and Syria. Washington continued to speak for Americans, as if we wanted “war,” as if we wanted our fellow Americans fighting in a desert overseas, going days without sleep and coming home suicidal, and as if the reports on these foreign leaders were true.
The result is tens of thousands of innocent middle eastern people and Americans died and not one word from the media on the possibilities the “evidence” is thin. In fact, the media began pushing more stories on how “bad” Assad is.
Independent journalists, the US Peace Council, Hands Off Syria and Rep. Tulsi Gabbard (who is now being demonized) have spoken out on ending the “regime change,” which is a nice word for genocide, in Syria, and to the perpetual “war.” Gabbard also introduced a bill to stop American tax dollars from funding terrorism.  Remember, these “wars” are costing the United States billions every day.
Reading the “news” today is a tricky task, but it can be done. Here are a few tips on how to determine if a news story is true:
1. A lot of sites and social media pages regurgitate news from other sites, such as the New York Times. Some will come right out and name the publication, others won’t. If the source for the original story is named, go to that story.
2. Look for the quotes. Who said them? If they are unnamed or anonymous, the story is questionable. For example, a Washington Post story from last week, claimed the GOP was in disarray, according to “an anonymous source who wanted to remain anonymous for future information” from the White House.
3. After the quotes are scanned, move on to reading the story. Watch the language for dramatic words. Many reports are sensationalized using language. Skip over these words to get the story. You may have to scrap it all together.
4. Read the story from beginning to end and then read it again. If some of the details seem questionable, such as 7-year-old Bana tweeting full sentences in English from a war zone and using government buzzwords, like “No-Fly Zone,” the story is untrue.
5. Start picking the story apart. Verify against the original sources, i.e., Olga Korbut was reported as selling her Olympic medals. On her social media, however, she adamantly denied it as hashtag fake news:
“OMG, Russian article said I sold medals because I’m broke. Not true! Happy & Healthy in AZ. @nbc @tmz @abc @cbs #fakenews. I have a gr8 life.”
She was the source for this particular story.
On executive orders from the White House: Go straight to the White House website and read them. If you don’t have the media filter, you will be more informed.
6. Notice how you keep seeing the same story over and over, just on different sites or pages. After you’ve checked the story out, realize this: You are meant to see it over and over, i.e., the Clinton “nomination” and subsequent “win.”
7. Remember the underdog. We have independent journalists in Syria and just because the Washington Post dismisses their work, doesn’t mean they are not reporting the truth. Many underdog journalists are credible. In fact, we are lucky they don’t work for the Post or its counterparts.
8. Refrain from using “Snopes” as a tool to verify articles. Snopes has attempted to discredit the independent journalists in Syria, even though the evidence from them carries more weight than the reports from the American media. 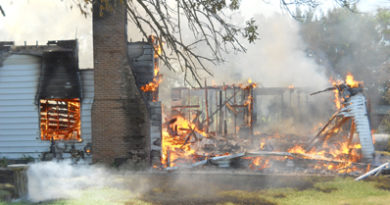 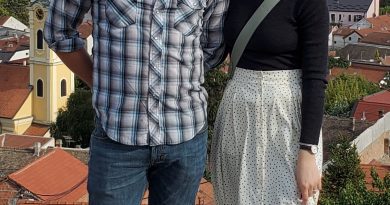 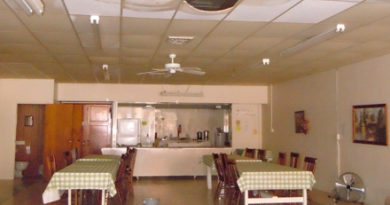