Volunteers organizing the 2015 Nebraska State Fly-in and Air Show have big goals for the June 6 event, to be held at Hebron Municipal Airport.

The inspiration to host the fly-in in Thayer County came when Dr. Stephen Bateman, one of the event organizers and Vice President of Engineering at Reinke Manufacturing in Deshler, and several other local pilots attended the 2014 Air Show in York.

“We thought ‘we could do that,’” said Bateman. “We can showcase the City of Hebron and Thayer County and also feature the airport, which is so vital for the economy of the surrounding areas. Not everyone has the space that we do at Hebron. This is a municipal airport funded by the city and the Federal Aviation Administration (FAA). For us to keep that level of funding, we have to show that the airport is viable and important to the local community and economy. So, we put our name in the hat … and now we have the honor of hosting the 2015 Nebraska State Fly-in and Air Show.”

Volunteers, with support from the Hebron Airport Authority, City of Hebron, Nebraska Aviation Council and Nebraska Department of Aeronautics, are working hard to make the fly-in and air show a big summer event for the entire community of Thayer County. They expect to attract a large crowd – and pilots – from around the country.

“It is very much a community event,” said Bateman. “It isn’t only a Hebron event, but  is important for Thayer County and the State of Nebraska as a whole. We expect people to come from miles around. We will showcase the airport as well as the town, county and state.”

Based on feedback from other Nebraska air shows, organizers estimate the event to attract around 3-5,000 people.

According to Bateman, 2004 was about the last time the fly-in was held in Hebron. This year, however, the event will be different.

So far, organizers have arranged for a dinner and USO-style show on Friday, June 5, the evening before the air show, to be held on the airport ramp. Live music will be provided by local musicians, including the school band. On the day of the event, Saturday, June 6, the fly-in will open in the morning when pilots will arrive, park their planes and enjoy breakfast at the airport. Safety seminars and other pilot training will be provided by the FAA and pilot organizations, such as the Aircraft Owners and Pilots Association.

For the remainder of the day, events will include a science education program for families featuring the Strategic Air Command’s educational unit, a car and tractor show, a photo contest, the University of Nebraska at Lincoln robotics team, as well as business vendors and concessions.  In the afternoon, attendees will enjoy an opening Honor Guard, followed by an air show featuring aerobatics, formation and other airplane performances.

Because June 6 marks the anniversary of D-Day, there will be World War II aircraft to see such as a P-51 Mustang and a P-40 Warhawk, which will be flown by Missouri Congressman Sam Graves. A raffle is being held for rides in the P-51 Mustang.

“We want to make it an event that, on June 6, 2015, there isn’t anywhere else people would rather be,” said Bateman. 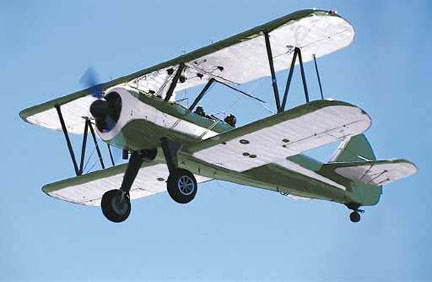 How to read the news 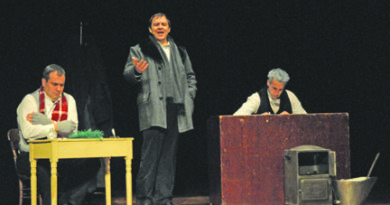