The weekend was full of fun, family activities including a demo derby, a horse show, a truck show, Werner’s Cowboy Corner, a Cutie Contest, a farmers’ market, a beer garden, a parade, a raffle and a baking contest. Another tradition of Milo Days is the Milo Queen contest where local high school girls represent their communities and compete for the title.

In the Milo Baking Contest, the bread and muffin winners were Sydney and Isabella Escritt in first place for their pumpkin bread. The pair also took second overall. Laura Krupicka took second for her lemon zucchini bread. In the gluten free category, the Bruning-Davenport Foods Class took first for their pie crust and the overall grand prize. The group also placed second for their banana nut muffins. In the desserts category, the B-D Foods Class took first again with brownies. 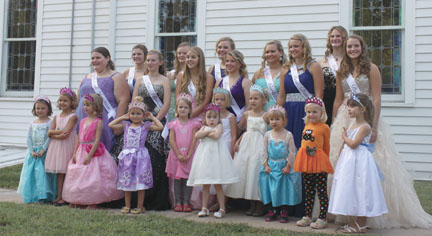 Hunters take to the field on pheasant opener