The Hebron City Council spent about 30 minutes in closed session during its regular meeting Jan. 3 to discuss Hebron Volunteer Fire Department’s aid to other towns, namely, Belvidere, Gilead and Bruning.
As the council reconvened in public session, councilmember Tim Pickering made a motion to discontinue service to the towns, effective Feb. 10. The motion passed.
Originally, Hebron had a short-term agreement with Bruning’s fire department because its ambulance was outdated and its license for service was pulled. Hebron agreed to provide aid until Bruning improved its situation.
The agreement was set in 2014.
“They didn’t follow through on that agreement. There has been no progress,” Councilmember Larry Fangmeier said in August as Fangmeier was hoping to come to an agreement on operational costs, like fuel, vehicle repairs and supplies used. Bruning makes up about 20 percent of the total people Hebron serves.
“We drafted a letter to them and asked them to meet with us,” Fangmeier said. “We have to own two ambulances because we don’t have a backup when our ambulance is out of town,” Fangmeier said.
Patients are sometimes transported to Geneva or Belleville, taking one of Hebron’s ambulances out of service for approximately two hours per patient.
“It’s wear and tear on our equipment,” Hebron Fire Chief BJ Linton said in August. “Hebron is footing the bill for ambulance coverage. We’ve always had enough people available and we always try to leave a couple people here. Obviously, Hebron is our priority.”
In other business, the council covered its ongoing list of nuisance properties and pending nuisances.
The property at 150 N. 10th St. was officially declared a nuisance and the council remarked the owners haven’t shown they’re interested in working with the city because they don’t show up at the council meetings.
“They have been on the agenda more than once and never came,” Councilmember Denese Sudbeck said.
Two properties, 1223 and 1225 Lincoln Ave., will receive a health inspection. The renters of the properties were at the meeting and one wanted to let the council know the inspector could come after she returned home from work.
On the 13th Street motels, the council acknowledged progress has been made and both motels will go off the radar for 90 days to give the owners more time. The council will address the motels in the spring.
Another property on the list, 249 S. 13th St., was simply an inquiry for the council and progress has been made there as well.
The council is also looking at commercial properties. 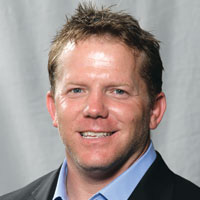