The City of Deshler will use $265,000 to rehabilitate eight homes for residents in Deshler as it was one of 10 entities awarded a Community Development Block Grant from the Nebraska Department of Economic Development.
The member communities were assisted by Southeast Nebraska Development District.
Deshler City Clerk Julie Buescher said it is the second time the city has received the grant. The first time was in 2013.
“We have lots of interest in it again and we had people re-apply,” Buescher said.
The city was in need of additional applicants last week. Only Deshler residents are eligible to apply.
Buescher said they are waiting for NDE to send the signed contracts and then, SENDD will administer the grants. Recipients are kept confidential.
“The bids will go to the city council for approval. Once approved, the contractors can start,” Buescher said.
Judi Meyer, program manager at SENDD, said the types of repairs range from nearly anything having to do with structure, health and safety.
She said functionality issues, such as electric and plumbing are also eligible, however, cosmetic repairs are typically not.
“Perhaps carpet that is terribly worn might be eligible, but it is basically about the structure,” she said.
Buescher said the last round of grants included the installation of a bathroom for disabled people.
Residents applying must also meet the county income limit of $38,750 for a two-person household. An eight-person household cannot bring in more than $63,900. The income limit is established by Housing and Urban Development.
“Probably the majority of people are going to be retirees on a fixed income or people with a disability and single-parent households,” Meyer said.
Dilapidated homes do not qualify.
The eight projects will be limited to 24 months for repairs from the time the grants are awarded,” Meyer said.
She said if some of the repair costs are lower than expected, SENDD may be able to take on one more home than the eight originally specified.
“The Deshler grant is expected to do eight housing rehab projects at a minimum,” Meyer explained. “We may do one more.”
Deshler, along with Fairbury ($331,250) and Fairmont ($430,625) were selected for housing funding. For phase one downtown revitalization planning, Seward and York were each awarded $30,000.
For phase two downtown revitalization, Brownville and Crete will receive $350,000 each. In comprehensive development, Nebraska City and York will each receive $30,000.
In addition to administering grants, SENDD will provide housing management and lead testing services.
“Benefits from housing rehab programs are many, beginning with the building itself,” Deshler Mayor Naomi Grupe said. “For homeowners, it means freeing up finances for other needs, improving the neighborhood, as well as creating business opportunities for construction companies.”
The benefits reach beyond the brick and mortar portion of the project, Grupe added, even to improving the outlook for families and especially, children in school.
The City of Hebron participated in the program in 2014 and had productive results.
The city’s Owner Occupied Rehabilitation program benefitted owner-occupants with low to moderate incomes within Hebron’s city limits.
A total of 16 applications were received with a program goal to rehabilitate eight properties prior to Sept. 30 of last year.
According to a SENDD newsletter, history has shown community members, city officials and housing committees boost the program, which took place in Hebron.
The city was able to assist 10 homeowners with $260,757 in CDBG funds.
Several applicants commented to SENDD about the quality of work and professionalism of the awarded contractors.
Grant funds are also used for tourism to fund historic restoration, cultural sites and the removal of architectural barriers to attract elderly and disabled visitors.
A public works category includes streets, curb, gutter, sidewalk or storm sewer, public libraries and fire stations.
Successful grant projects begin with communities, which may conduct income surveys, blight studies or other issues and needs. Steps may take several months to complete. 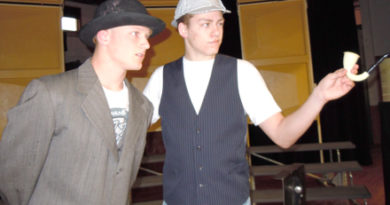 County schools use uniform plan to open for learning