Many good rains towards the end of July have improved the drought conditions in Thayer County.

In a local drought statement issued at the end of August, the National Weather Service in Hastings stated that Thayer County has improved from a moderate drought condition to abnormally dry.

According to the U.S. Drought Monitor, the abnormally dry category indicates that the area is coming out of drought, but still has lingering water deficits and pastures and crops are not fully recovered. The moderate drought condition indicates that some damage to crops and pastures is possible and some water shortages develop or are imminent. This drought condition may cause voluntary water use restrictions.

Between June 1 and Aug. 19, the National Weather Service reports that Hebron received 7.99 inches of rain. The normal amount of rain during that time period is 11.20 inches which means that Hebron is 3.21 inches short of normal.

Although south central Nebraska saw beneficial rains with cooler than normal temperatures, this wasn’t the case in all of the state. Ninety-six percent of the state still remains in some sort of drought condition.

The drought condition maps are released every Thursday from the U.S. Drought Monitor. Local drought statements are updated once a month depending on the worsening or persistence of the situation. 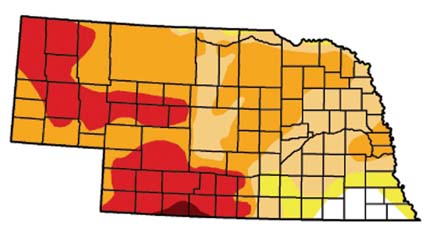 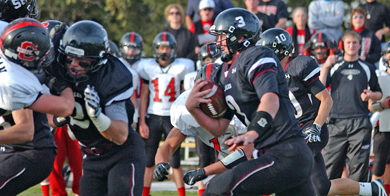 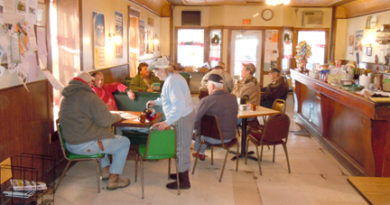 Laying the Groundwork – one tile at a time