Ken Hofts joined the Hebron Volunteer Fire Department in June of 1975. Forty-five years later and within five years of mandatory retirement, Hofts said the department puts in a lot of hard work.

“They’re a good bunch of guys. Hebron is lucky to have them,” he said.

There were about 30 members when he joined the department.

“We’ve pretty much been full all those years. I’ve seen a lot of guys come and go,” he said.

He remembers the two hotels that caught fire, one of which was the Hebron Hotel. He can’t remember what exactly caused the hotel fire, but said a guy may have been smoking in bed.

“They’re the ones who get the workout,” he said.

He was quick to point out he isn’t the only firefighter with outstanding years of service.

William Linton, the department’s safety officer listed 15, 10 of which are 60 years old and above:

Originally, the department required its members to live within Hebron city limits, but that was expanded about 10 years ago to people who live in the area around Hebron.

“It helped a little bit. We’re at the lowest point we’ve been in quite some time,” Linton said. “We rely more and more on mutual aid. We need a surplus of members to rotate.”

Volunteering takes a lot of commitment — the drills, meetings and training have to fit into schedules.

“Time is the factor with families, farms and businesses. I think a lot of people want to help. It’s mostly a time thing,” Linton said.

In step with Hebron’s 150th birthday, the fire department was established in 1871, Linton wrote:

“The Hebron Fire Department was established in 1871.

“The first fire engine arrived July 4, 1877, with the 1st engine house erected on the corner of Lincoln Avenue and Fourth Street.

“The first Constitution and By-laws was written and adopted in 1891.

“A tap of the bell would tell the fireman what was needed with 25 taps of the bell being a general alarm followed by 1, 2 or 3 taps which signaled the city ward of the location of the fire.

“The Company’s were limited to no more than 21 members each but was most likely was never achieved.

“The first Rescue unit was purchased and put in Service in 1950 which added Rescue and EMS service to the department.

“Today, 138 years later, the department has 37 members and some of most modern rescue and fire equipment in the state.

“The members are certified both as Emergency Medical Technicians’ and have been certified as Firefighter 1’s in the state of Nebraska.

“The department has Hazmat response capabilities, medium rescue equipment and Class A fire pumpers and tankers for both rural and Local fire fighting and rescue.

“Below are some of the milestones of the department:

1969 — Hebron one of two towns in the nation to be selected for the rollout of the 911 telephone system;

2018 — HVFD received a Ladder truck from the Nebraska Forest service.

“Today, it takes over $2,200 to provide approved turnout coats, boots and pants for each of the  members.  Eight sets of gear were lost in a fire 18 years ago due to battery acid and oil involved in a local implement building fire.

“The claim was denied by their insurance company.

“Both the Fire and EMS average response is three minutes for the town of Hebron.

“The department members continue to expand their training both in emergency medical service and firefighting by attending fire school each year and continuing education classes throughout the year.”

Arrest made in connection with vehicle break-ins 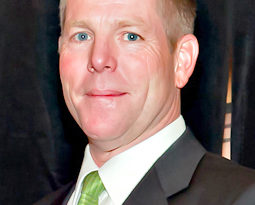