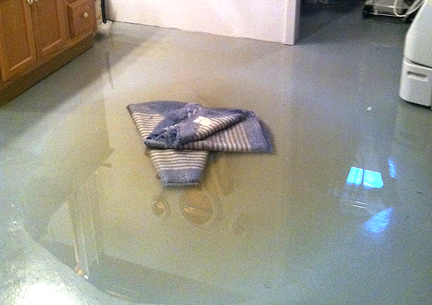 It isn’t unusual for city leaders to hear about sewer problems, especially when Hebron’s sewer system seems to suffer from “old age.” What is unusual, however, is when the complaint comes after the problem has been fixed.

Lindsay is the daughter of Leroy and Phyllis Wulf who live on N. 4th St., in Hebron. According to Lindsay, the Wulf’s have had raw sewage in their basement six times since 1994. Two others in the Wulf neighborhood have too, she added.

“For over 20 years my parents have been promised the sewer line would be replaced and it has not been done,” Lindsay told board members at the regular city council meeting Nov. 7. “We want you to replace the line all the way to Barger Avenue, like promised.”

City worker Merv White said part of the line was replaced shortly after the last back up on Sept. 26 of this year. “We replaced 350 feet of the line from the Wulf house to a new manhole,” he said this week. In a report of the  Sept. 26 back up filed Oct. 3, White said city employees were called to the Wulf home and immediately used the sewer jetting machine to clear out the main. As soon as the main was cleared, the backup “went away.”

He also said at the time he filed the report that an old six-inch pipe was currently being replaced by an eight-inch pipe.

Lindsay said at the council meeting she was aware of the 350 feet of replaced pipe, but that it wasn’t enough. “We don’t have a lot of confidence in the City of Hebron when it comes to sewer problems,” she said. “We want the entire line fixed. It should be replaced all the way to Barger Avenue.”
Lindsay said her parents were told repeatedly that the back up problems were due to blockage in their private line, so they replaced it in 2007.

“Once they did that, their back ups became less frequent, but the neighbors had more,” she said and added, “You have the responsibility to provide basic civic services. The City has an obligation to keep that line clear. You have neighbors who don’t trade keys to check the mail and water plants when they go on vacation. They trade keys to check the basement and make sure it isn’t full of raw sewage.”

Councilman Rich Koch said he is aware of the problems the Wulf’s have had over the years. “Sometimes it was their sewer line and sometimes it wasn’t,” he told Lindsay during the meeting. “Most of the time it wasn’t.”

Koch said the city could send a camera through the remaining 250 feet of old sewer line to see if the pipe warranted replacing. It would also let them know if tree roots or anything else could be causing blockage.

As of Monday, Nov. 14, White said the line had been jetted and pictures taken. A second camera would be sent into the pipe as soon as possible, he added.

In the meantime, Lindsay is having difficulty understanding the City’s reluctance to replace the final 250 feet. “What happens if it backs up again,” she asked the council. “We’re simply appealing to your sense of fair play. We just want the peace of mind that the line is fixed.”

Hebron native to take over operations at hospital