Tim Keelan of Hanna:Keelan Associates, P.C., told interested individuals last month that there are buckets of money out there to help with community planning and housing, “but, to put it simply,” he said, “you’ve got to have your act together. A housing study meets that need. You’ve got to tell them what you want to do.”

Hanna:Keelan recently completed such a study for Thayer County and on Feb. 13 in a public meeting, presented statistical and narrative data based on information gathered over the past year. The study looks at a plan for the next five years, he added. “All communities have older housing stock and a housing study looks at how to improve that situation. There are options.”

The purpose of the study is threefold, Keenan explained. “We analyzed the recent past and present housing situation in this county, identified the future target housing needs for the county, and provided a process for educating and energizing the leadership of the county and each community to take a more active role in improving and creating new, modern  and affordable housing options.”

Three different surveys went out to households, businesses and senior citizens in Thayer County in 2012. From the response, information was gathered and the plan was built specific to Thayer County. “The majority of housing being built in this county is out in the country,” Keelan indicated to the group noting data in the report. “It’s good because it increases the tax base, but you need to build more houses inside your communities.”
Keelan said current old or bad housing is the problem right now. “It’s going to be very difficult for people to build new houses in your community if there are bad houses in your community – houses that can be rented for $50 a month. There are 52 houses identified in the county that should be demolished right now. If it’s bad housing, it needs to go away. You want to have renters in good houses.”

According to the report, in the next five years, a total of 439 units should be targeted for rehabilitation in Thayer County at an estimated cost of $16.85 million. An additional 134 units are considered not to be cost effective for rehabilitation and are in need of demolition. “The demolition of substandard, dilapidated, unsafe housing units should be a priority housing activity in this county for the next five years,” Keelan said.

According to the 18-step plan divided into four categories, communities need to first create organizational and operational programs and activities including the formation of a non-profit community-based organization such as a housing partnership to plan and implement affordable housing programs. Currently, the Thayer County Economic Development Association (TCEDA) is taking on the task, but Keenan says to give the project top priority, a housing partnership should be formed.

Secondly, the housing partnership or communities need to encourage local major employers to partner and financially assist in developing housing programs including first-time home buyer and down payment assistance programs. “An  employer’s housing assistance program encourages major employers to become directly involved with assisting their employees in obtaining affordable housing,” Keenan said. “You want those employees to live in your communities.” According to the study, the partnership would require a $160,000 annual contribution from major employers.

Third on the list is development of a housing assistance program to address all facets of housing needs for the elderly in Thayer County. A $40,000 annual contribution from local businesses and housing providers or stakeholders would be requested.
Fourth is to create a county land trust or land bank program with an annual estimated budget of $150,000 to secure land for future housing development.

Finally, operationally, a county wide housing investment club and annual housing summit would benefit communities by monitoring the forward progression of the program by identifying accomplishments and future housing opportunities in the county.

Steps 10-14 of the plan includes housing developments for families based on income, independence, and special needs.

Rounding out the five-year plan is housing preservation needs including the creation of a county-wide housing code inspection and rental licensing program, moderate rehabilitation to single family owner housing, purchase and demolition of substandard or dilapidated housing units and the creation of a single family purchase-rehab-resale program.

To see the complete report, contact anyone from the housing steering committee or TCEDA.

Hannah:Keelan, SENDD, and TCEDA will present the report for a second time this Thursday, March 14, at 10 a.m., in the district courtroom on the third floor of the courthouse. 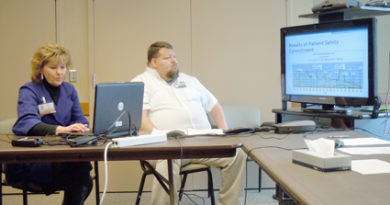