Over two and one half years after the incident, Norder Supply Inc., is ending its involvement in an environmental calamity that occurred on the Little Blue River. The company will pay over $30,000 in fines in an attempt to rectify the loss of thousands of fish in the local waterway.

Investigators with the Department of Environmental Quality determined that in July 2009, an employee of the company dumped liquid nitrogen fertilizer into the river that traveled for nearly 12 miles and killed approximately 23,500 fish. Norder Supply Inc., was named the administrator of the dumping after the DEQ discovered ammonia from fertilizer was pumped from Norder’s secondary containment structure to a drainage ditch which flows into the river.

The case was referred to Nebraska Attorney General Jon Bruning’s office for enforcement and last month, on Feb. 16, the State of Nebraska assessed fines against the company.  According to court documents, Norder Supply is to pay a civil penalty in the amount of $8,000; however, half of the amount may be waived if the company “maintains compliance with and does not violate the Nebraska Environmental Protection Act, or any rules and regulations promulgated under that act.”

It was further ordered that Norder Supply should also pay, “as supplemental environmental projects, the sum of $8,300” to be divided among the Hebron Fire Department ($1,300) for the purchase of spill containment equipment and Thayer Central Community Schools ($7,000) for trees, landscaping and motion sensory lighting controls.

Also, the company must pay $13,816.94 to the Nebraska Game and Parks Commission to stock waters of the state with fish. 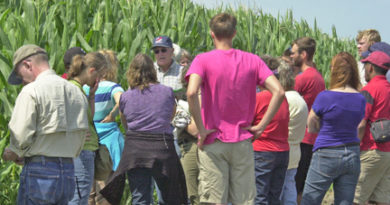 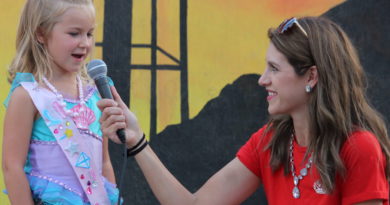