The village board in  Alexandria is looking into passing a new ordinance which would restrict where registered sexual offenders could live in the village.

The village board received a letter from the American Civil Liberties Union (ACLU) of Nebraska stating issues that they saw with the current proposed ordinance on Monday, September 9. Although the village can pass a restriction that states where registered sex offenders can live, there are parts of the current ordinance that are considered unconstitutional. The letter stated that the restriction as presented goes beyond what is permitted by state law and what has been preempted by existing statutes. The letter continues to say that because of this the ordinance would violate several sections of both the Nebraska State Constitution and the United States Constitution.

The ACLU cited three different areas where the ordinance must be changed in order to stay within the constitutional law.

To read the rest of this article please subscribe or pick up a copy of the Hebron Journal-Register. 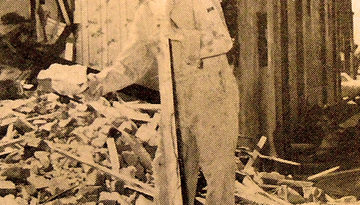