The Bruning-Davenport Speech Team had an excellent showing at UNK on March 27 at the D2 State Speech Contest with 8/14 state qualifying events making finals to win the state runner-up title.  Another three events were just below the break to make finals.

Winning 1st place was Johanna Kluck in both serious and humorous prose.  Morgan Lowery finished 3rd in persuasive and 5th in informative. The duet with Ted Degner and Jayden Otto placed 4th.  Finishing 6th place was McKenna Schardt in persuasive, Faith Stengel in entertainment and the OID with Charlie Martin, Gabrielle Joe, Colton Lowery, Samantha Lange, and Stuart Rohr. Other state qualifiers were the duet with Jaycie Hoins and Charlie Martin, Brice Ardissono in humorous, Mashaya Dierking in poetry, extempers Sara Hinds and Brett Holtzen, and the OID with Degner, Otto, Hoins, Dierking, and Schardt. The week before state, the Bruning-Davenport Speech team won the D2-1 District Championship by over 100 points. At that contest 15/18 events made finals. In addition to the state qualifiers, Caitlynn Beddoe made finals in entertainment and received 6th place. On February 25 the team traveled to Meridian for the CRC Conference Contest. The BD team earned the runner-up trophy with 12/18 events in finals. They were just one point from the championship which was won by the Cross County Team.

This was a very emotional time for head coach Anne Bowman as this was to be her last conference, district, and state speech contests at Bruning-Davenport. She will be retiring at the end of this school year. At the state speech contest, Bowman had very heart-filled goodbyes from other speech coaches, parents, and her team.

Anne Bowman had this to say about her retirement. “I have enjoyed my 28 years as head speech coach for Bruning and then Bruning-Davenport schools. I will miss the kids, parents, community, and administration. I couldn’t have asked for more support. My assistant Ruth Kowalski will be taking over the speech program and will continue to keep the speech tradition.” 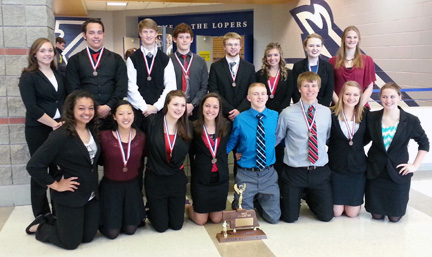 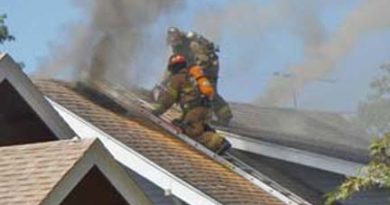