I first saw the signs as I was walking to work one morning: the Thayer County Bank was covered in blue writing, announcing the upcoming April month dedicated to the awareness that autism is still very present and even, it seems, a growing issue.

For the rest of my walk, I began to surmise the changes in attitude  and knowledge we now have toward special needs, particularly toward autism and Aspergers Syndrome.

It’s easy to be put off by those who have social difficulties that accompany autism, particularly if the subject is high functioning.

I know this all too well because I grew up closely with a sibling who has just these issues in a time where autism was not as widely addressed. My parents struggled as to what to do with her. She was behind in school and with as many children as my parents had, it was a struggle to spend hours and hours with her on homework every night on top of everyone else’s. She struggled to make friends and her social difficulties became a cruel joke among her peers rather than an opportunity for compassion and patience; I was at a loss as for what to do.

Now I watch my brother, only in fifth grade, with those same issues and hope that with this shift in understanding, he can perhaps avoid many of the mistakes people made with my sister.

What then do we do with our “awareness” of autism?

I invite you to take the month of April to not only learn more about the disorder of autism but to remember when interacting with someone whose needs we don’t entirely understand, that awareness without change or action is only empty words. I plan to start with my family. 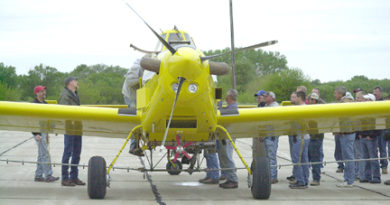