Juston Schmidt, 39, of Deshler, was arrested Tuesday morning on charges of sexual assault of a child.

In December 2012, similar charges were brought against Schmidt stemming from a separate incident, but dismissed a few weeks later. In that case the Deshler man was facing two charges of sexual assault of a child and two counts of incest.

He is currently in jail at the Thayer County Law Enforcement Center on a $1 million/10 percent bond. 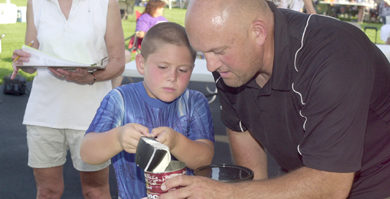