Shooing moths out of the house is a natural occurrence as Spring gets underway, especially in ag land. But this year there seems to be a particular insurgence of the fluttery insects, and the invasion seems to have happened all of a sudden.

Leon Higley, an entomologist with the University of Nebraska-Lincoln, reported last week that while some are native to the area, some may have ridden in on a mid-month storm that blew in from the gulf coast. Higley said that after spotting a dead painted lady butterfly on the UNL campus, he came to the conclusion the moths are transports.

Insects fly up into the air and wait for the right weather system to carry them to other parts of the country, the entomologist explained, stating it’s part of an evolutionary strategy.

A strong storm that moved from the gulf across Oklahoma, Kansas, Nebraska and Iowa may have brought the moths which, as it turns out, are not exactly friendly to corn growing areas. The black cutworm moth, which seems to have been blown in by the thousands, is particularly detrimental to young corn seedlings, he warned.

Local agronomist Darren Sudbeck said for this area, he’s been finding army cutworm moths more so than black cutworm moths. In fact, he says, army cutworm moth numbers are up. “Army cutworm moths don’t come from the coast…they migrate east to west,” he said and attributes the additional numbers to the early spring weather. “Everything is about two to three weeks ahead of normal because of the early warm weather, even insects.”

But as far as crops go, area farmers are just now getting fields planted and since seedlings have not yet emerged, the black cutworm moths will be limited for egg laying options. Sudbeck said some crop hybrids are already treated for black cutworms before it goes in the ground, but most producers opt to spray an insecticide over the top of seedlings as they emerge. Farmers want to first see if there will be a problem with the worms. “Not everyone does it, but spraying over the top is a fairly normal practice,” he said.

He added that while the army cutworm moths are also a normal occurrence during the Spring planting season, with the larger than normal population already entering the area, the insect could cause a stir. “We’ll just have to wait to see if it becomes a problem,” he said. 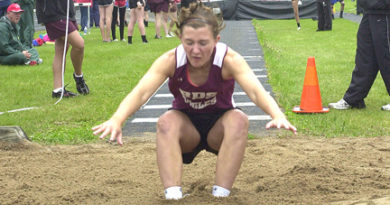 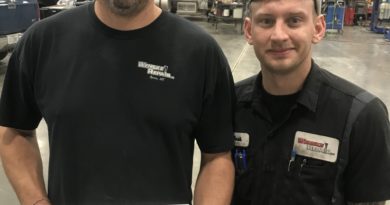