The He-Hi/Thayer Central Alumni Banquet was held Sunday, May 27, at the Thayer Central High School in Hebron. Ricky’s Cafe of Hanover catered the meal.

The theme was “Alumni Are Treasures.” Honored classes were 1932-2007 and the graduating class of 2012. Yvonne Wiedel Long, Class of 1969, was Master of Ceremonies. Supt. Drew Harris welcomed the 155 in attendance. Rev. Larry Kassebaum, class of 1967, gave the invocation. Amy Harris entertained with dinner music at the piano. Kyle Corr, class of 2009, gave vocal selections.

Sue Long was this year’s winner of the Marie Peithman Polished Apple Award. Receiving the Lois Miller Shields Excellence in Education Award was Dean Krueger, class of 1965. The Distinguished Alumni Award was presented to Dr. Tyler Martin, M.D., class of 1977, and posthumously to the late Don Lee McKenzie, class of 1957. Presenting the awards was Connie Shields Pesek, class of 1953.

A video was presented with pictures and pertinent information from the years ending in “2” and “7.”

The following awards were presented: Traveling from San Diego, Calif. was Jim Koci. The newest married couple was Mr. and Mrs. Marlin Maulik, who were married six years ago. Clara and Norman Ough were the parents of 10 children.

A father and son were recognized: Gary Schepker  in the 50-year class and Laverne Schepker from the 75-year class.

Don Templin was recognized for having attended 59 out of 60 banquets since his graduation.

A raffle was held with the proceeds going to the renovations at the school. Winner of the Kindle Fire was Vic Jacobson. Brent Vostrez won two tickets to a UNL football game.

To see more photos of the evening’s events and award winners, click on the photos prompt at the top of the page. 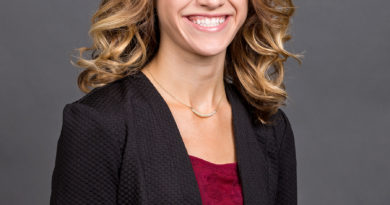 Garden Care Workshop To Be Held In Davenport 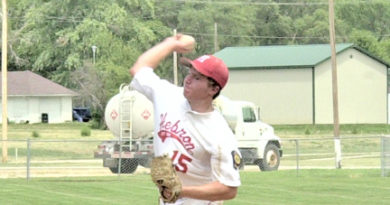