Kids Count, a national and state-by-state effort to track the status of children in the United States measures educational, social, economic and physical well-being of children each year. Kids Count in Nebraska, like other states in conjunction with the national group, documents and reports the number of cases in the state involving child abuse and neglect, early care and education, juvenile arrests, out of home care and adoption.

In its 2011 report released Jan. 12, 2012, Voices For Children in Nebraska shared in its “Kids Count in Nebraska” report, statistical data for the state as a whole and each of Nebraska’s 93 counties. With this year’s emphasis on the need to invest in young children, particularly those ages 0 to 8 years, the report continues to provide pertinent information on the well-being of all children in areas of health, education, safety and economic stability; a message Voices for Children took to state legislators earlier this month.

Children do not choose the family, the geographic location, or the circumstances into which they are born, notes the Voices for Children group in its annual report. Yet their first eight years of life strongly influence their ability to achieve in school, to pursue advanced education, to be gainfully employed, and to contribute to society. A successful adulthood can often be predicted as early as the end of third grade, the time when children make the switch from learning to read, to reading to learn. When children miss that bench mark, the report states, they are at increased risk of dropping out – leaving them with lowered personal incomes.

According to new research, achievement gaps are revealed before school begins – disparities begin at birth – and can be dramatically influenced by prematurity and birth weight. The disparities increase as the child ages.

According to the report, Nebraska spends less and offers less to its youngest, poorest and most vulnerable children. The state ranks 39th in funding early childhood education.

While children raised in poverty suffer disadvantages their economically sound peers do not, solutions to address these issues do exist, states the report. Providing children with good health care, a quality education, a safe environment and economic stability allows kids to focus on what they do best – learn and grow.

Kids Count in Nebraska is used as a resource across the state by government agencies, media outlets, educators, child welfare organizations and concerned citizens.

Plan is to flatten buildings 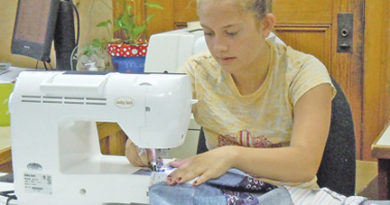