The American Legion Riders, also known as the “Oregon Trail Riders” of Hebron Post 180, is now a group of over 20 members. “Since the forming of the American Legion motorcycle group in April,” says founding member and director of the local chapter Don Klaumann, “we have grown rapidly. We now have members in just about every town in the county and we are beginning to gather some from Fillmore and Jefferson counties.”

American Legion Riders exist throughout the United States; there are 12 chapters in Nebraska. The riders support Legion programs, sponsor charity events and provide community services such as raising funds for local veteran’s hospitals, battered women’s organizations and youth programs. “We sponsor motorcycle runs for charity purposes where the money is used for teen scholarships of a fallen military parent,” Klaumann said. “We also participate in memorial services by providing an escort at a family’s request.”

Klaumann said the group meets every month and heads out on “fun” rides on Sundays. The public has most likely seen the riders in many of the parades over the summer. Currently the group is open to membership and is focusing on raising funds to purchase U.S. flags for escorts to carry during military funerals and special functions.

Photo courtesy Lyle Bucholzer
American Legion Riders members focus on community services as well as participate in “fun” rides. Some members appear above including (l-r): Stan Thompson, Bonnie Thompson, Robert Hergott, Steve Anderson, Lynne Gibson, Jack Priefert, Monte Stouffer, Pat Klaumann, Don Klaumann, Virginia Caudy, Norm Caudy, Don Gallagher, Marlin Mahloch, and Robert Reinke. Director Don Klaumann says, “If you have a motorcycle of at least 350cc, come from a military family, and have an interest to do what we do, contact me at 402-768-6640.” 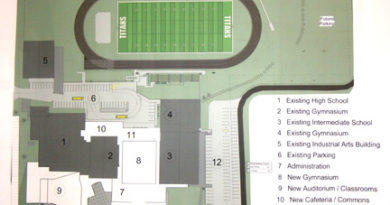