Hebron’s native son, the late Glenn H. Korff, believed in the future of his hometown and the soundness of its Nebraska values. Before his death in August 2013, he arranged a significant gift to the community of Hebron with the intention of encouraging others to give back.

“Glenn loved Hebron and Nebraska and what they stood for,” said Glenn’s brother, Ken Korff of Oro Valley, Arizona. “He wanted his giving to inspire others. People should not forget their roots in Nebraska even if they no longer live there.”

Glenn was a fourth generation Nebraskan. His father Paul had early intentions of going into finance, but the Great Depression brought him back to his hometown where he eventually took over the family’s lumber business.  The Depression also redirected Glenn’s mother, Esther, who was a graduate of Doane College and had planned a career in the arts. Instead, she took a teaching job in Hebron. Glenn’s parents undoubtedly had an influence on his choice of career in finance and his love of the performing and visual arts.

Glenn was an outstanding student at Hebron High School. He was a member of the National Honor Society, and earned eight varsity letters and the Boy Scouts Eagle Scout and God and Country awards.

Glenn went on to earn a Bachelor of Science degree at UNL and an MBA from the University of Pennsylvania’s Wharton School of Finance. He served in the US Army Reserve for six years, and from 1974 to 1992 he worked for Goldman Sachs international investment bankers in New York.

“I don’t think most people knew how successful Glenn was,” said Pat Kenner, chair of the Hebron Community Foundation Fund. “On his many visits back to Hebron he was so down to earth and humble. I was flabbergasted when I began to hear about the number and the size of his gifts to the UNL School of Music, Madonna Rehabilitation Hospital, and so many others.

Glenn and Ken Korff have a history of supporting their hometown through a scholarship and library account within the Hebron Community Foundation Fund, along with other charitable investments.

“Both Glenn and Ken are very generous, but they’re smart,” said Kenner. When they gave to the theatre campaign to help raise over $100,000 for digital equipment and theater improvements, they knew that it was more important for the theater to receive many local contributions from future patrons, which promotes local ownership of the project. They understood that grassroots support is much more important than one big gift.”

According to Pat Kenner, both brothers were brought up with a tremendous work ethic and a commitment to be charitable. Those values are reflected in Glenn’s decision to structure his gift to be permanently endowed and “right-sized” for the community of Hebron.

“Glenn intentionally wanted to make his gift significant but not so large that it would have the unintended consequence of reducing local efforts. He believed that this endowment should serve as an incentive to bring others to the table, leveraging their gifts of time, talent and treasure,” said Ken.

The Kenneth and Glenn Korff Endowment for Hebron was established with unrestricted use for the hospital, parks, library, summer programs, scholarships, leadership development, economic development or such other activities as determined by the local Fund Advisory Committee of the Hebron Community Foundation Fund.

The Hebron Fund currently has 17 other accounts to support specific causes such as scholarships, the library, school activities and other projects. The newly established Korff endowment offers much more flexibility, and according to Ken Korff and Pat Kenner, an opportunity for broad community input.

“Glenn wanted his gift to be used in a way that was best for the citizens of Hebron. It’s important to get many people involved, to feel challenged and to assume responsibility for determining what is best for their community,” said Ken.

Because the gift is endowed, the principal will remain intact. Only a portion of the investment earnings will be used to make grants. This allows the endowment to continue to grow and give back for generations. The endowment will provide a significant amount of funds that can be used for community improvement each year.

“What we need to do now is move beyond thinking about the endowment as just a source of funding, but also as a tool to actively seek philanthropic activity in the community. We need to put people to work, identify projects and opportunities, and then leverage additional funds to achieve what is possible,” Kenner said.

“It’s important to seek the perspectives of both the young and older generations in Hebron and involve them in outlining a vision for the community.  It should be a community-wide effort,” said Ken.

A small team is working on expanding the Fund Advisory Committee and exploring how the committee can become a vehicle for communication. The group has plans for hosting a community-wide visioning session in January, facilitated by the Nebraska Community Foundation. The hope is to get input on peoples’ vision for what Hebron can become in the future and ideas about how to begin taking steps to achieve the most important goals.

“We want to set realistic goals and work through the community. This gift is an opportunity to educate the public about philanthropy. We need to create a system in which the endowment is a regular resource, and the Hebron Community Fund can be a partner in a broad area of community development,” Kenner said.

The people of Hebron had a profound influence on Glenn Korff as he was growing up. His legacy gift back to his community will have a positive influence on his hometown for generations to come.

For more information about the Hebron Community Foundation Fund, contact Pat Kenner at 402- 768-6027 or visit http://www.nebcommfound.org/fund/hebron. 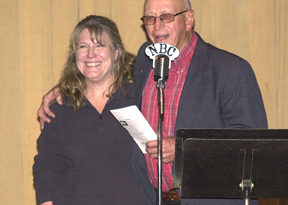 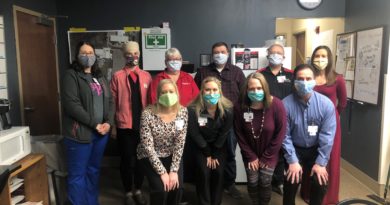 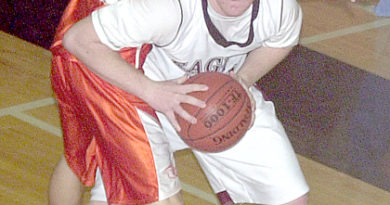