INDIANAPOLIS, IN (August 6, 2013) — The Nebraska School Activities Association (NSAA) is one of 28 members of the National Federation of State High School Associations (NFHS) that has joined the NFHS Network, the new all-digital network devoted to coverage of high school sports and performing arts through the Internet at www.NFHSnetwork.com.

The NFHS, in association with PlayOn! Sports (PlayOn), announced the official launch of the NFHS Network on August 1. With coverage of boys and girls sports and activities initially in at least 28 states during the 2013-14 school year, the NFHS Network becomes the largest aggregated destination for coverage of high school sports in the country. Through a subscription-based digital service available at www.NFHSnetwork.com, more students, parents and fans will be able to watch high school sports than ever before.

In addition, member associations in a number of other states are close to completing agreements and are expected to join the NFHS Network soon.

“We believe this is one of the greatest opportunities in the 94-year history of the NFHS as we are able to take advantage of new technology and showcase high school sports and performing arts on a national scale,” said Bob Gardner, NFHS executive director. “We are excited to provide viewership opportunities for fans of high school sports that have never existed before. The NFHS Network will help showcase our primary mission of expanding participation and opportunities for involvement in education-based interscholastic sports and performing arts activities.”

“The NSAA Staff and Board of Directors are excited to be a part of this grassroots initiative. The NFHS Networks goal is to showcase the vision and mission of interscholastic participation.” said Rhonda Blanford-Green, NSAA Executive Director.

Postseason games in all sports sponsored by the NSAA will be available online on the Network, except for select championship events for which the NSAA has existing television contracts with other media partners. Viewing opportunities for NFHS Network events will be posted in the coming months at www.NFHSnetwork.com.

The NFHS Network will build on the past success of PlayOn’s high-quality coverage of high school sports at the state level. PlayOn currently streams nearly 30,000 events per school year and has worked with 32 state associations and sections in 26 states.

“Teaming up with the NFHS is a natural progression to build a truly national high school sports platform while honoring the local communities that support them,” said David Rudolph, PlayOn! Sports chief executive officer. “Our mission is to serve the current and future generations of student-athletes, support and encourage their participation and make their performances accessible to their friends, family and fans on every media platform they use.”

The NFHS Network is a joint venture between the NFHS and PlayOn! Sports and will be governed and overseen by a combination of NFHS and PlayOn executives.

“Ultimately, we want to make the NFHS Network the most treasured and trusted source for high school athletics,” Gardner said. 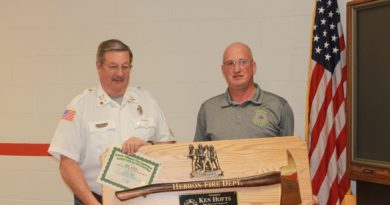