On the morning of Dec. 4, Judge Vicki Johnson listened to a chorus of four guilty pleas, three of them felonies.
Brenda Williams, Austin Virus, Nickalas Lutt and Matthew Wright each pled guilty at the December district court session Thursday morning. Williams, charged with shoplifting,  was the only member of the group not charged with a felony.

Virus, 26, pled guilty to a count of strangulation, a class IV felony, and a count of domestic assault, a class I misdemeanor. The Hebron man, who originally pled not guilty, entered into a plea bargain to drop charges of terroristic threats and possession of drug paraphernalia. Virus was arrested in August after he got into an altercation with his girlfriend and locked himself in a bedroom with their son. He was charged with kidnapping, strangulation, terroristic threats, child abuse, domestic abuse, disturbing the peace and possession of drug paraphernalia. Virus will be sentenced on Feb. 5 at 10 a.m. He faces up to five years of incarceration and a fine of up to $10,000.

Lutt also entered into a plea bargain with prosecutors to a count of theft, a class IV felony. Lutt was arrested when he and a friend, Gary Little, broke into several cars in Hebron and tooks items including a pistol and laptop. The stolen items were found in Lutt’s home after a search was made. His next court date is Feb. 5 at 10:30 a.m. He faces up to five years of incarceration and a fine of up to $10,000.
Wright, 19, was the fourth to enter a plea agreement. The Hebron man entered a guilty plea for burglary, a class III felony, and his theft charge, also a class III felony, was dropped. Wright was arrested in September on suspicion of stealing a four wheeler from a Belvidere residence. Wright later confessed to being involved in a burglary at Pioneers Inn in Gilead. His sentencing is on Jan. 8 at 10:45 a.m. He faces one to 20 years of imprisonment and a fine of up to $25,000. 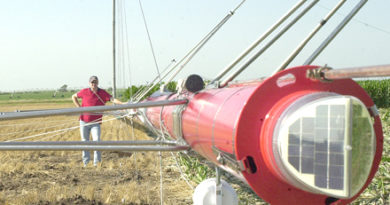