Each year, the Hubbell Lions Club sells peaches and pears for its major fundraiser, and they decided to join the Thayer County Livestock Feeders in helping with flood relief for a $5,000 donation. The club’s motto is, “We Serve.” Boxes of the fruits arrived recently at the Hubbell Fire Station and Lions Club members, Brent Mumm, Bob Meyer, Luan Meyer, Gene Fischer, Larry Sinn, Travis Sinn, Brandon Sinn, Charlie Fangmeier, Gary Sinn and Dan Poppe showed up to load the trucks for delivery of 288 peaches and 52 pears to several destinations. Gary Sinn is coordinator for the sales. He stepped in after Jimmy Laverentz, who organized the sales event for years, died last year. The club has over 30 members with approximately 20 who are active and is always looking for new members to sponsor. 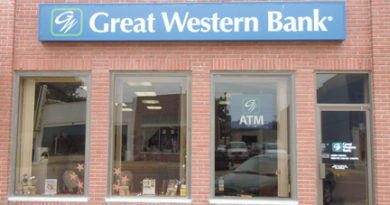 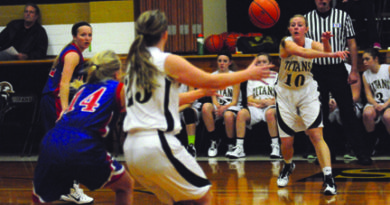