At approximately 4:15pm, 7 July 2019, Jefferson County Communications received a 911 call regarding the two subjects that were wanted in connection to a possible homicide under investigation by the Jefferson County Sheriff’s Office and the Nebraska State Patrol.

Sheriff’s units were dispatched to the residence at 1504 D Street in Fairbury.  With the assistance of the Thayer County Sheriff’s Office and Nebraska State Patrol, a perimeter was set up and several nearby houses were evacuated.

A hostage negotiator with the Jefferson County Sheriff’s Office used a public address system on a patrol vehicle to make contact with the two subjects.  At approximately 5:30 pm, a male and a female exited the front of the residence.  Both were taken into custody without incident.  They were identified as Caitlyn Grable, 21, and Jerry W. Gilbert, 25, both of Odessa, TX.  Gilbert has been identified in connection to the possible homicide investigation.

Continued investigation has determined that Justin Crenshaw, previously sought in connection to this case, was not involved in the incident.

The investigation is still ongoing.  Authorities with multiple agencies are still looking for the victim and the silver Honda with TX license plates. The Jefferson County Sheriff’s Office believes that there is no threat to the public at this time. 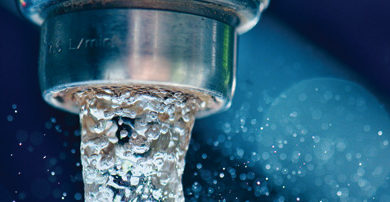 City of Hebron – Water is Safe