The National Weather Service proudly presented Michael Prellwitz with a 15-year Length of Service Award for his participation in the Cooperative Weather Observer Program.

Mike continues the climate history for the Hebron area, which started in January of 1886.

The 30 year annual average precipitation for Hebron is 30.44 inches. If you look back at the precipitation records dating back to 1893, you would find the most precipitation recorded in one year was 1902 with 46.01 inches while the all-time driest year was 1934 when only 12.35 inches was recorded.
Looking at the winter season, Mike has measured over 434 inches of snow with the 2001-2002 season coming in at first place with 46.1 inches. The most snow in one month was fairly recent, (Dec 2009) with 19.8 inches. Temperature-wise, the warmest temperature Mike has recorded is 108 degrees, which occurred in July 2006 while the coldest temperature was -15 degrees in January 2010.

July of 1954 had the warmest reading with 113 degrees while -34 degrees, reported in February 1899, was the coldest. If the nation did not have dedicated cooperative observers, such as Mike, we would not have such an extensive climate database for Hebron or anywhere else across the nation.
When Mike took over the weather records, his monthly reports were mailed to the National Weather Service Office in Hastings. He also made daily reports using a programmable phone where each element had its own code. With changing technology, Mike now enters his data online daily, with comments for each day as far as what type of weather occurred in the past 24 hours, like a weather diary.

Years from now people will be able to go back to see what kind of weather Hebron had, other than just the temperatures and precipitation. At the end of the month his reports are digitally downloaded to the National Climatic Data Center in Asheville, N.C., and the Nebraska State Climatologist after being quality controlled by the National Weather Service.

In addition to recording the temperatures and precipitation, Mike also downloads 15 minute data from a Fischer & Porter recording rain gauge at the end of each month.

This piece of equipment used to use a punch tape mechanism that had to be manually changed at the end of the month. Back in late 2009 it was upgraded to a new digital measuring device where the data is downloaded onto a SD card and emailed to our office.

Mike’s observations are used in support of the forecast and warning programs in the Hastings office. They are also included in a temperature/precipitation summary product issued for public and media use each morning. The precipitation and snowfall reports are also portrayed on the daily precipitation maps.

During especially heavy rain and/or snow events, the information provided by Mike and other cooperative weather observers across south central Nebraska and north central Kansas, is used to put together weather summaries which are then issued for use by the public, news media and various other users.

Mike is among an elite group of over 10,000 volunteers across the nation who record temperatures and/or precipitation every day. Their climate data are used in every aspect of our national economy.

Just a few of the many users are transportation companies, the insurance industry, agriculture, water resource management and manufacturing. Their many years of dedicated reports are the cornerstone of the normal/means and extremes used on a daily basis. 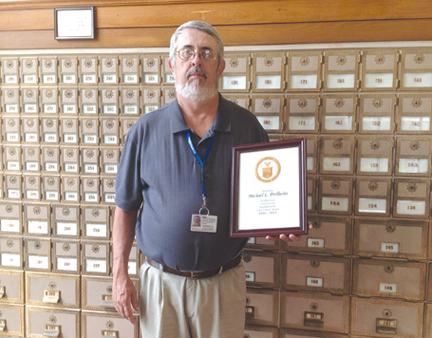 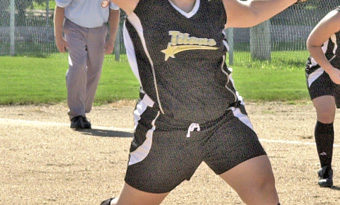