A few years after Scott Smith was asked to drive an Enduro, he helped build the track in Deshler. He recalled a lot of banking and dirt work.

They worked every weekend on what became Thayer County Speedway.

“Everyone loved it,” Smith said.

The Speedway is his favorite, but he likes Columbus’s and Lexington’s dry slick because it’s “just a big circle,” Smith chuckled.

“They’re all good tracks. McCool is good, too,” Smith said.

His grip on the sport began at a  Belleville Enduro driving Kent Carlson’s car. He thinks he placed 11th. The bumper had fallen off.

“We worked on the car and took it to Red Cloud, and ended up winning,” Smith said. “I said, ‘I gotta do this.’ It was too much fun.”

Wakeeney, Kan., proved to be a challenge before Smith decided to run hobby stock. He had the race won until the tire popped about three laps short of the finish line.

“I was probably three laps ahead, and I still got second,” he said.

Although Smith was winning from the heavier side of his hobby stock, he didn’t run it for long before switching to a Bronco, another purse grabber.

“I won tons with the Bronco. One time, I won three nights in a row in Deshler, Red Cloud and Beatrice,” he said.

At the mechanics race in Deshler, Smith was encouraged to jump in the modified race.

“After they said that, I said, ‘What am I doing? This is way too much fun,’” Smith said.

He learned on a Larkins and said he is probably in his fifth modified now.

At one time, the trophy his  dad won was twice Kale’s size.

“Kale has worked on cars since he was a small boy,” Smith said while standing in his Davenport shop, Smith Repair, his business since 2002 after farming for 25 years.

The shop is spacious and uncluttered — Smith said he likes it that way.

Kale said he waited to race until he could drive and was out of college.

“This is my third year. It’s going better every year,” Kale said.

He’s won two heat features and a B feature.

“I’m just going to keep driving and keep the car in one piece so I don’t have to fix it,” he said.

“If the car is in one piece and you get closer in the top five, you do really good for what we race around here,” Smith said as last year’s state point winner.

Smith said of the IMCA Modified regions, the winning drivers usually come out of the central region, like Jordan Grabouski, who is  a leader in national points for modified and stock cars.

He and his son aren’t much for watching races.

“I don’t go to the races unless I race,” Smith said, noting the Super Nationals were on tap to run in Boone, Iowa the first week of September.

He will watch Stuart Snyder on the track in Eagle because Smith is one of Snyder’s sponsors, but if modifieds are running, Smith isn’t just going to watch. 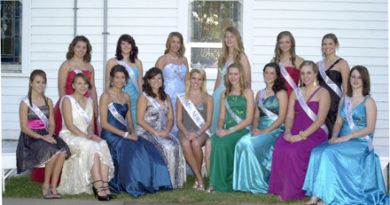