Thayer County, as well as many southeast Nebraska counties, is collaborating to update 911 service hardware.

Thayer County’s current operating hardware system, Avaya/Nortel BCM, has become outdated and if the system were to go down it would be difficult to get it repaired.

“We found out about the problem almost four years ago in 2011 and as a result of learning about that, the 911 board was started,” said William McPherson, emergency manager. “Members of emergency management and law enforcement leaders were appointed to be members of the board to select and appoint a consultant to put together a request for a proposal that was sent out to companies that build 911 systems big enough for southeast Nebraska.”

Out of the board, a smaller committee was selected to review proposals. They chose to go with Windstream Airbus and are currently in the pre-negotiation stage with them.

The larger part of the hardware would be located in Lincoln and Beatrice.

“Some hardware would [be in Hebron] to tie us in to the system,” said McPherson. “Tying it together gives us a better back-up system if the network were to go down.”

The one time startup cost of the updates could be as much as $90,000, according to Thayer County sheriff David Lee. There is currently $93,000 in the 911 wireless service holding fund. The county can use 58 percent of that. That percentage is set to the ratio of cellular to landline callers: 58 percent of all 911 calls in Thayer County are from cellular devices. 911 surcharges are around $1,500 and $2,000 a month.

If Thayer County were to go for a plan alone, the cost would be about twice as much, according to McPherson.

“Instead of every county purchasing new equipment we’ll have everyone pitch in,” said Brent Lottman, Nemaha County sheriff. “It makes for a more redundant system … We’ll save some money and get some equipment that’s a bit newer. And if one network goes down,  others will pick it up.” 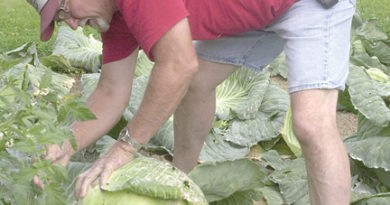 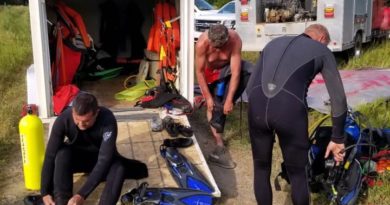