A series of notices sent in early March to residents in Thayer, Fillmore and Saline counties garnered $304,000 in checks written to 147 landowners living within the wind turbine footprint mapped by Aksamit Resource Management.
The letters invited landowners to meet in Belvidere, Milligan and at the Saline Center on Highway 15.
“I’m not going to waste words in explaining why this is important,” Aksamit stated in the letters because ARM is planning to spend several million dollars to move an estimated 185 turbines to construction.
The project will cost a total of $725,000,000.
Maps provided at the meetings gave landowners a sense of the project’s boundaries and a preliminary glimpse of where the turbines will be located, Phil Young, ARM’s community relations consultant said. Young is also a registered lobbyist, who keeps an eye on at least two legislative bills, the postponed LB1068 and LB824, which is undergoing a partial rewrite to appease public power companies.
Young said ARM had a turbine layout specialist at each of the four meetings. Minor changes in the map will be made along the path to construction.
Environmental study results or zoning issues could impact the layout.
Of the 185 turbines, roughly 33 are planned for Thayer County.
The 147 landowners who attended the meetings and signed contracts with ARM were issued two receipts. The first landowners signed to acknowledge the partial payments were an “inducement to complete the project footprints” and a notice there may be an additional payment once construction is set to begin.
By signing the receipt, landowners also allowed for visitors to their properties prior to construction for studies and construction preparation.
A second receipt showed the amount landowners received from ARM and the check stub, Young said.
“Payments were ahead of the contractual schedule,” he said. “it was a good faith effort to show we are moving forward.”
In Belvidere, Aksamit said he has 36 months from the date he filed for interconnection last fall through Nebraska Public Power District and the Southwest Power Pool to be operational.
In addition, the clock is running out on a federal investment tax credit, designed to depreciate in increments of 20 percent per year for five years.
Young said it’s difficult to predict if all the land signed will be used in the project footprint.
He said some landowners will have a turbine and others won’t, however, land not used for turbines may be needed for cabling and roads.
“I don’t believe the footprint is going to grow. There are landowners who may still join,” Young said.
Residents in the footprint will begin to see construction activity this year, depending on study results.
The size of the turbines will be based on the number of landowners who sign.
“We want to meet a certain megawatt. It also depends on the available technology,” Young said.
Aksamit hinted at 2.5 to 3.5 megawatt turbines.
Aksamit, who is originally from Bruning, has talked to landowners in Thayer County for more than five years on the project.
“He’s met with landowners individually and in groups. These things are very large complicated projects with a lot of moving parts to them. It’s a steep learning curve, how they’re constructed, how it works and the economics,” Young said.
Landowners will sometimes form wind associations to better educate themselves on wind turbine projects. Such an association was not form in Thayer County.
Young said Aksamit has spoken to the Saline County Wind Association numerous times.
“In terms of our role as a developer, we are happy to talk with wind associations,” he said.
Aksamit’s company, ARM is the parent company for Aksamit Energy Development and First Security Power.
The projects are listed on the Nebraska Energy Office website as Milligan 1 (south and east of Milligan in Saline County); Monument Road (Thayer County); and Milligan 3 (northeast of Milligan in Saline County).
According to the website, 150 turbines were proposed for Milligan 1; 40 for Monument Road; and 40 for Milligan 3. 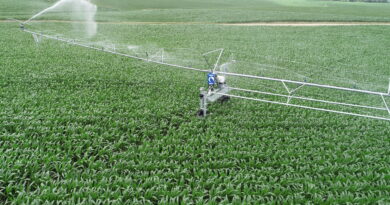