Bruning resident Dale Wilkening, 69, was found deceased approximately a quarter mile south of Roads 15 and X in southern Fillmore County March 24.
Fillmore County Sheriff William Burgess said his office received a missing persons report from the Thayer County Sheriff’s Office late in the day March 23. Wilkening was reported as possibly heading to Fillmore County to help someone move furniture from a rural farmstead.
Burgess said Wilkening’s cleaning lady had arrived at his house the next morning and thought it strange Wilkening wasn’t home.
Later that morning, the Thayer County Sheriff’s Office located Wilkening’s SUV on Road 15, just east of Highway 81. The Nebraska State Patrol was contacted to conduct helicopter surveillance in the area to make sure Wilkening wasn’t injured. Less than 10 minutes later, officers spotted Wilkening down an embankment.
Burgess said Wilkening’s vehicle had become disabled somehow and he left the vehicle. He was found about one-eighth of a mile from the SUV.
Burgess said cold weather and high winds may have contributed to Wilkening’s death. An autopsy was scheduled for March 27.
A funeral for Wilkening was held March 30 at Farmer and Son Funeral Home in Geneva. 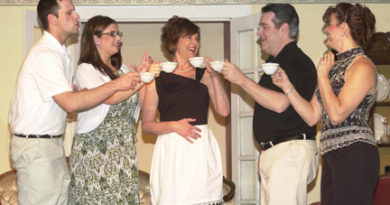