An economic development boom in Thayer County began quietly igniting over a year ago.

In addition to Hebron’s Downtown Revitalization, LandMark Implement’s new building on Highway 81 and improvements to Hebron Municipal Airport, Thayer County Economic Development Alliance received a grant from the Nebraska Investment Finance Authority to partially help with funding a housing study, which is like a ticket to more grant funds for the county’s communities.

Liz Cody, a community development specialist for Southeast Nebraska Development District,  assisted the nonprofit TCEDA with the grant for the housing study.

“Thayer County is active,” Cody said. She’s excited to see the coordination of effort between Hebron and TCEDA. “It’s passionate folks committed to moving things forward. I see them leading and making strides.”

The study will include rural workforce housing.

“We think it’s important to get out in all of the communities and see what is out there for housing and what can be rehabilitated,” TCEDA chairman, Pat Kenner, said. “I think other communities want some nice building lots.”

During the month of August, TCEDA is working with Hanna:Keelan, the same planning firm the Hebron DTR committee is using as a guide, along with SENDD.

Cody has been assisting the City of Hebron for some time, and stepped up for the city’s $50,000 revitalization grant from the Nebraska Department of Economic Development, and requests for proposals by the committee.

Based off the grant, the committee solicited proposals from professional engineering firms, which were required to meet the city’s criteria. Interviews were conducted and the committee felt Leo Daly/Hanna:Keelan was the best fit to assist the city.

Cody said the survey the city issued to residents on downtown revitalization had a tremendous response with 404 returned.

“The downtown revitalization committee is passionate about taking this on and spreading the word, even with Covid,” Cody said.

The community meetings held after the firms were selected were also well attended after the committee and city advertised on social media, the City of Hebron website, in the utility bills and committee members out in the community physically speaking to business owners and residents, including in low to moderate income areas.

The $50,000 grant has opened up a new opportunity for the city — to apply for a revitalization grant up to $400,000 that will focus on building rehabilitation and Americans with Disabilities Act upgrades to improve downtown.

“Downtown revitalization communities can apply for funding more than one year in a row,” Cody said. “They’re pursuing commercial rehabilitation this year and in the future, they could apply for public infrastructure or beautification.”

A more comprehensive plan of the city will be reported in the future, Cody added. Her credentials also cover public works and assistance with grants for streets, water towers and sewers.

Cody said she is lucky to be working with Hebron and TCEDA.

Kenner said Hanna:Keelan’s housing report will tie in nicely with Hebron’s research and data, and TCEDA also had success with SENDD in searching for incoming  economic development director, Carley Bruning, who hails from Phelps County Development Corporation as the director of business and oversaw the corporation’s Young Professionals and Business in Motion groups in Holdrege.

Bruning will be overseeing TCEDA’s county wide meetings that Kenner is hoping to hold in each community.

“We want to help the communities use the housing study,” Kenner said.

In the past year, TCEDA took on another project through the Rural Workforce Housing Fund available through SENDD that allowed the rehabilitation of a qualified single-family home in Deshler.

The home was purchased by TCEDA, which also secured a loan from the Rural Workforce Housing Fund with the intentions of making improvements and selling it.

“What we really wanted to accomplish was to have a good home in the $75,000 to $100,000 range,” Kenner said. The appraisal of the home would be used for comparable sales and firm up the middle market of rehabilitation.

“TCEDA is the borrower or owner for a short while. It’s not a great deal of risk,” Kenner said.

The middle market of rehabilitating homes will be a key piece of the housing study result, he added.

“If we have a lot of homes, we can get realtors and investors looking at those,” Kenner said.

“The idea behind this we develop housing for people who want to move into the community,” TCEDA treasurer Deb Craig said. “Deshler was the first city to match in Thayer County. We’re also able to use some of our local merchants for improvements. If anything, I want to say it’s an opportunity for local contractors to get involved. It’s been a learning experience for everyone.” 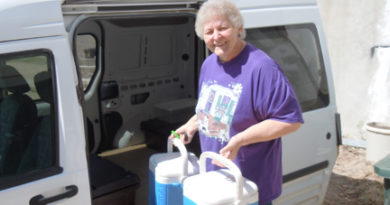 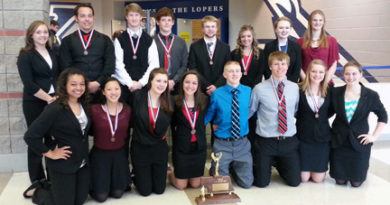