Joy and Eldon Wolfe were tossed around a bit before they settled in Port Arthur, Texas, at a shelter in the aftermath of Hurricane Harvey.
They were first sent to Austin, Texas, to volunteer for the American Red Cross at a convention center turned shelter. But the shelter could only be used for five days, so the Wolfes went to Houston, where Joy said there was an influx of new volunteers.
“We finally went to Beaumont, where there was major flooding and from there, Port Arthur,” she said.
She and Eldon are working with the elderly and families.
“We just got a family of six in last night and another family of two,” Joy said.
While she and Eldon are providing information and items people need, they are also listening.
“There are a lot of stories and lot of tears,” she said. “They have to tell the whole thing, the boats coming to rescue them and the water getting higher and higher in their homes.”
Joy said a lot of people are elderly and it seems as if they don’t have family to help them.
Staffing the shelter is the National Guard, police officers, emergency medical technicians and volunteers, who could be anyone, including the victims themselves.
“We have clients that sign up to volunteer,” Joy said. “A lot of them are just teenagers.”
She noted people were adapting well and helping each other. The EMT’s keep children busy with games and a team of mental health workers come through and work with clients and volunteers, who are also affected by Harvey.
“Everyone wants to help everyone,” she said, although hurricane victims are living day-to-day and have uncertain futures.
Joy said there are many who rent and believe they have to wait until their homes are repaired.
“They don’t have to move back. I don’t think they realize that,” she said.
School hasn’t started yet and triage has been set up for medical needs. People are treated on site and don’t have to leave, except for surgeries.
For the first time, families were able to shower after days as the shelter just received a portable shower. The women shower during the odd hours of the day — the men take the even hours.
Joy and Eldon are on their first official deployment from Hebron. Eldon has never been a Red Cross volunteer and took the class when it was offered at the Thayer County courthouse. Joy used to volunteer, and said she is starting over. They will be home next week. 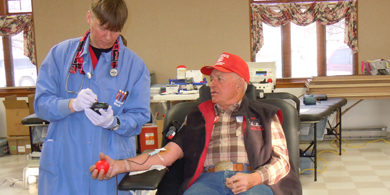 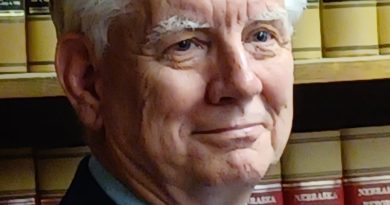 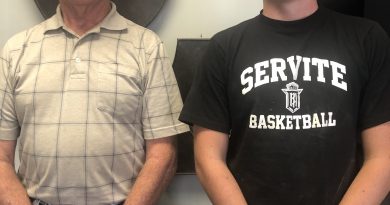