On Monday, April 13, the Thayer County Sheriff’s Office arrested Jesse Durflinger, 24, of Alexandria, after a 911 call was made regarding an incident  in which the caller and the suspect were involved.

Around 6:30 p.m., a male caller reported having an altercation with his son, Durflinger.

The 24-year-old reportedly fired a weapon during the incident then fled the residence, taking the weapon with him.

They offered the service of their Air Wing and a K9 unit.

The Alexandria man was taken into custody at approximately 7:45 p.m.

He was found about one mile south of Alexandria in a field.

He was arrested without incident and lodged in the Thayer County Jail with five charges:

Bond has not yet been set. 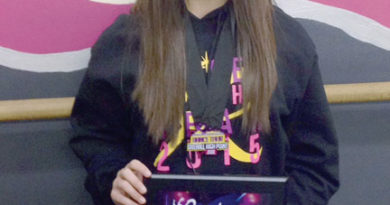