Thayer County Health Services Chief Executive Officer, Michael Burcham has resigned.
According to a press release, the hospital’s board of trustees received Burcham’s resignation Oct. 28. Burcham has accepted a position as the vice president of physician practices with Lake Regional Health System in Osage Beach, Mo.
Burcham cited family as the reason for his resignation. Since Burcham has been with TCHS, he and his wife, Cindy, children and 11 grandchildren have lived in different states. For the past year, he and his wife have discussed the possibility of moving closer to their family.
From the discussions, Burcham researched career opportunities in Missouri.
The new position places he and his wife 45 minutes to three hours from their children as opposed to the current distance of up to 10 hours away.
It was a difficult decision for Burcham, who was committed to TCHS, the press release stated.
“Mike also noted that he has been torn between moving closer to his children and their families, and his commitment to the TCHS family. He is very proud of the accomplishments TCHS has achieved during his three-year tenure and didn’t want to let his staff down.”
In addition to CEO, Burcham was also a member of the Nebraska Hospital Association Board of Directors.
He has offered to remain at TCHS for two months while the hospital board of trustees begins their search for a new CEO. The initial plan will be to find an interim until a permanent replacement is hired.
Catholic Health Initiatives (CHI), which has been a trusted advisor to the board for some time, will assist in the recruiting process.
The press release also stated patient care will remain as TCHS’s main focus as it prepares for the transition to a new CEO. 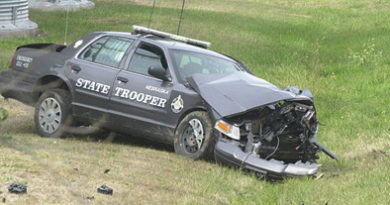