The Thayer County Ag Society released county fair dates last month – the fair will take place one week later than usual due to securing a carnival.

The centennial celebration will run August 9, 10, 11, and 12, with the Thomas D. Thomas Show providing the midway attractions. The midway is expected to be open all four days as the Thayer County Fair does not interfere with any other local fairs.

Owner Tom Thomas told the board that since there are no conflicts he will not need to share the rides and concessions with any other fair thereby providing more entertainment for Thayer County.

The owner assures the public that every ride is inspected by the State of Nebraska safety inspectors and are inspected each day before the midway opens. Each ride undergoes three major inspections each season which include state inspections in Nebraska and Iowa and an insurance inspection at the end of the season in October.

The board also locked in the grandstand entertainment including T-Marv: The Hammer Down, who performed last year. The musical group received rave reviews from the public prompting the Society to ask them back. 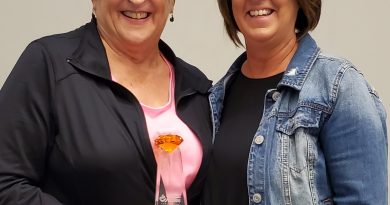