The Deshler Rustler was designated as the county newspaper while the Hebron Journal-Register was named the co-newspaper for 2012.
Concern that county government information was not reaching enough people was brought to the attention of the commissioners when Hebron Journal-Register publisher Mike Edgecombe said his newspaper showed a higher readership of nearly 1,000 over the Deshler Rustler.

Although readership differs between the two newspapers, Edgecombe told the commissioners during the meeting last week that notices reach a limited audience with just one publication. “It’s about keeping the public informed,” he explained. “I don’t think county information is going to as many readers as it should be, because some county offices were only publishing in the designated newspaper. Both newspapers have a valued readership.”

Commissioner Bruning agreed that he understood it was the newspaper’s business to keep the public informed and perhaps the best way was to publish in both. The commission then moved to share and publish all county-related information in both newspapers.

In later business, the commission  set the date for the annual one and six road hearing for Feb. 7. Commissioner Bruning added that since semi traffic has become so heavy during harvest and planting, he is requesting an increase in gravel, and in some cases rock, on roadways. The issue will be addressed at the hearing. 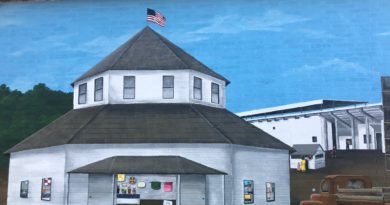