The Hebron City Council met on Nov. 4 for its regular meeting. Discussion varied from updates and reports to some new issues the council hoped to address.

One of the new issues was disability insurance for city employees. After looking at two different plans, the city council members decided on a plan that includes long term and short term disability coverage for city employees. It will be totally funded by the city. The short term disability will cover 60 percent of pay and will last for 90 days. After 90 days, the long term policy will go into effect. It will also cover 60 percent of pay for up to 24 months. This change is meant to replace the sick bank which will no longer exist.

Manager fees from the Hebron Activity Center was a topic of discussion. A report was given on the number of hours worked in October. Howard Mills reported that 26.7 hours were put in at the activity center, but that number would see a 10-15 hour increase in the winter months. No action was taken on the manager fees.

There were bids taken to take down a dilapidated house at 240 Eads. The City Council moved to accept the bid from Jerry Hopkens for $6,900. This bid covers taking down the house, transportation of dirt to the site and many other steps involved in taking care of dilapidated houses.
Council members also heard from the owner of the structure on 127 South 2nd street and 127 1/2 South 2nd street. After hearing from the owner, council members decided to take down one part, but leave the part where the resident is living. They granted the home owner a month to show that he is making improvements on the remaining building. 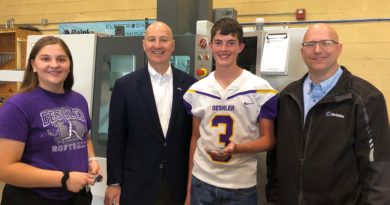 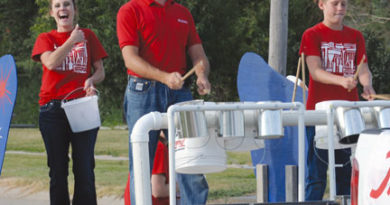