The City of Hebron is requesting a total of $253,000 in 2013 Nebraska Affordable Housing Program (NAHP) funds to implement a citywide “Owner-Occupied Housing Rehabilitation Program.”

Residents needing financial assistance in completing housing rehabilitation projects should submit a pre-application by June 14. “The pre-applications are being requested from potential program participants to determine a market for financing,” said SENDD (Southeast Nebraska Development District representative Jen Olds. “The City anticipates submitting an application to continue the rehabilitation program for Hebron.”

The Hebron City Council met with Jen Olds at the regular April meeting to discuss establishment of the housing program which is being created based on results from a housing market study completed in February. The study revealed that the City might want to look at promoting the development and improvement of housing for local workforce households, as well as the rehabilitation of owner- and renter-occupied homes, citing the issue as the City’s most critical.

A housing structural conditions survey identified 132 structures with major deteriorating conditions in Thayer County. “Over the next five years, Hebron will need to target units to be demolished or complete substantial rehabilitation in order to meet the needs of low and moderate income households,” Olds said. “The need for subsidized assistance to low and moderate income households is apparent as approximately 17.2 percent of all households in the county are considered cost burdened.”

If the City’s application to NDED (Nebraska Department of Economic Development) is approved, eligible homeowners may receive assistance to make improvements ranging from $5,000 to $25,000 to their homes, Olds explained. “If funded, eligible repairs include health and safety issues and all major systems which would bring a property to accepted housing standards and extend the effective life of the house for another twenty years.”

Pre-applications are currently being collected and preliminary results indicate single, elderly and female homeowners on fixed incomes need assistance. Olds said these particular homeowners tend to defer long term improvements due to lack of funding. The deferment results in higher energy expensed, increased blight condition in established neighborhoods and depressed housing values throughout the community. “In time, housing units will be lost as the need moves beyond repair to removal of derelict units from the existing housing stock,” she explained adding, “This further tightening of the City’s already “tight” housing market affects choice, flexibility and price of housing units, particularly for lower-income consumers.”

Eligibility for the housing program is determined by several criteria including owning and occupying a single-family residence within the City of Hebron and meeting annual household income limits.

The program is funded through the Community Development Block Grant (CDBG) administered by the NDED and will be implemented in accordance with the Federal Fair Housing Law.

Interested residents may stop by the City Office in Hebron to pick up a brochure with additional details and pre-application. Brochures and more information will also be available at all three banks in Hebron.

Information and pre-application forms are also available at the offices of SENDD, 2631 “0” Street, Lincoln. Questions may be directed to Olds at 402-475-2560 or e-mail jolds@sendd.org. 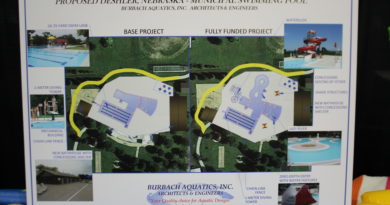 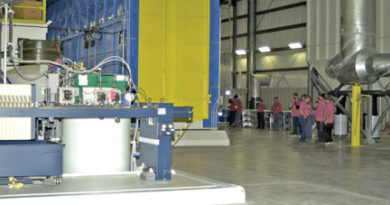