On Nov. 14, citizens of Davenport found themselves with a closed grocery store and an important question: “What next?”

The store was owned by Jeff and Lisa Arend, who also own the Deshler grocery store.

“Over the time we owned the store, we struggled to make it work. Many break-ins caused damage, which were costly to repair,” said Jeff. “Problems with refrigerated cases breaking down meant losing lots of produce. But we kept trying. We didn’t want to see the store close. We even had Affiliated Foods come to Davenport to try to give us ideas on how to keep the store open.”

Ultimately, the decision was made to close the store. Townspeople were given one week’s notice. Jeff explained that the reason for only one week’s notice was that the dairy case compressor had gone out and the replacement would be too costly.  This would have left Davenport without dairy products. He felt dairy was necessary to the operation of the store.

Despite the setback of the store closing, some of Davenport’s residents refuse to roll over.  Harold Stone, owner of South Maple Street in Davenport, has decided to view the change not as a loss, but as an opportunity for the future of the community. He compares the experience with that of Cody, Nebraska. After the town of 150 people lost their grocery store, village leaders worked with a group of high school students to start a new one.

The project rallied the town together and taught the students entrepreneurial skills. Stone desires similar things for Davenport and looks forward to the possibilities.

“We can sit and bemoan the hole that remains with the loss of the grocery store,” Stone stated in his blog. “But, in doing so we lose the energy that could guide what can happen next.”
Stone is currently using his facility as a temporary grocery store until the community decides their next move. He emphasized that his business is not a grocery store but a bridge for the needs of the community.

“With the opportunity for a new grocery store, South Maple Street is now uniquely positioned to support the town as it decides which path to follow,” Stone also wrote in his blog. “Our plan is to bridge the gap between the loss of the existing grocery, and the opening of a new community grocery store.”

To do this, Stone has teamed with Steve Anderson of Central Market in Hebron and Tim Sorsen of Sorsen’s Corner Market in Edgar. Anderson and Sorsen have helped supply groceries for the temporary store.

Stone will continue personal deliveries for community members who need them. “We will still shop and deliver groceries for people,” said Stone. “And will pick up needed groceries and supplies that we do not carry on our shelves.”

The Arends also wish to continue making home deliveries from their store in Deshler. Customers should call a day ahead of time.

Shopping and price lists are available at Stones Thoreau. Prices have not changed much and average about seven percent over other local grocery stores. 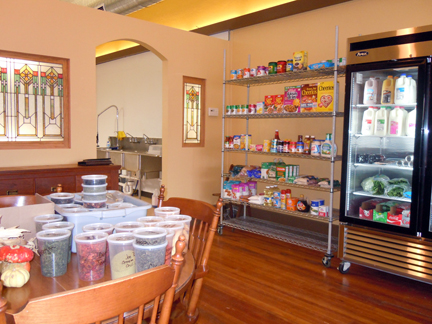 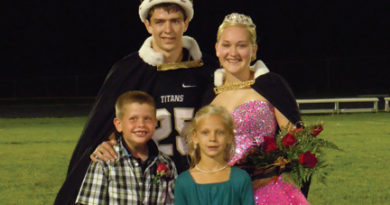