Santa Claus will be making his annual appearances in many Thayer County communities throughout December. The following is a list of communities, times and dates families can expect to see Saint Nick.

Alexandria: Santa will be in Alexandria on Dec. 20 at 2 p.m. at the Legion Hall. Hot cocoa and cookies will be served. The Christmas lighting contest will also occur later that day, after dark.

Bruning: Santa will visit the Bruning Opera House on Dec 6 at 10 a.m. till noon. There will also be a craft fair.

Carleton: Santa’s visit to Carleton will be announced at a later date.

Chester: Santa will make an appearance at the senior center on Dec 13 from 3 till 4:30 p.m.

Davenport:  Santa will make his round to Davenport on Dec. 20 at the Davenport Fire Hall at 2 p.m.

Hebron: Hebron will have two visits from Santa this season. The Secrest Library will host Santa for holiday story time on Dec. 6 at 10 a.m. On Dec. 7, Santa will be at the Christmas Stroll from noon to 2:30 p.m. Hot cocoa and cookies with Santa will be at the senior center. 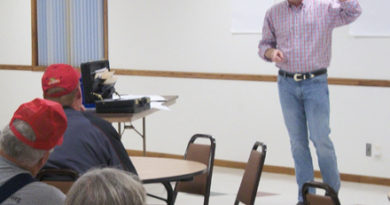 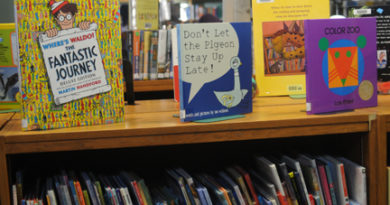