The Estate of Verna Miller, who was once a resident of Blue Valley Lutheran Homes, is listed as the plaintiff in a complaint against the Homes and Prime Time Healthcare.
The complaint alleges Fuller, then 72, died from injuries because she was improperly positioned in the Hoyer lift in December of 2015, and dropped over four feet to the floor.
Fuller was admitted to Blue Valley in August of 2013 for multiple illnesses and was unable to care for herself. The plaintiffs believe Blue Valley contracted with Prime Time to provide nursing assistants, along with medication aides and other licensed and unlicensed medical caregivers.
From the fall, Fuller suffered an inoperable right displaced femur and hip fracture and closed head injury. Her trauma included contusions and abrasions and infections.   She died in April of 2016.
Listed in the complaint is #330,952.93 in medical care and expenses and $14,817 for Fuller’s funeral and cemetery marker.
The estate is also asking special damages and loss of services, comfort and companionship to Fuller’s next of kin, be incurred. 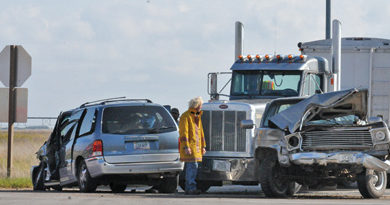