Eight players from Hebron and six from Deshler have combined to make one of this summer’s baseball teams, the Ponies.

The team is made up of 13 to 15-year-olds and their current record for the season is five wins and four losses. This includes league play and the Jim Fraser Tourney.

The season began May 18 and will wrap up when the league tournament ends July 2.

In their last two games, the Ponies split a double header with Lawrence. They won 18-3 and lost 0-8. For their game on June 22, the Ponies won 18-0 over Shickley. Early season practice time was split between Deshler and Hebron.

The team wears Hebron uniforms when they play in Hebron and Deshler uniforms for away games. Due to flooding in Deshler, all home games have been in Hebron this year.

“The co-op between the two towns has been great,” said Coach Ron Dubbert. “The boys get along great and it has been a privilege to coach them.” Dubbert, Dave Feulner and Jason Fangmeyer serve as the coaches. 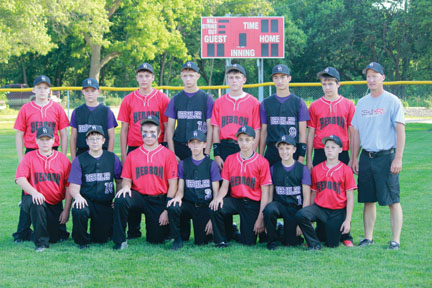 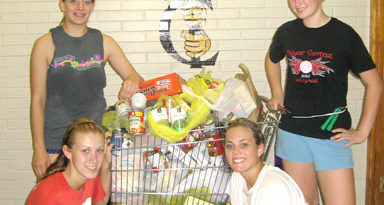