A drought affecting nearly all of the Great Plains became widespread across Thayer County last week even though some parts of the area received rain. According to the U.S. Drought Monitor, Thayer County is now considered to be in a moderate drought. A week ago, the county was still considered abnormally dry.

About half the counties in Nebraska are in severe drought, most of them are west of Grand Island to the Colorado border. All of the eastern half of the state is in moderate drought.

Two counties, Willow and Hitchcock, are in extreme drought as of July 10.

A new measurement will be released Thursday, July 19; however with no rain in the forecast, drought conditions are expected to deepen.

According to officials at the Drought Mitigation Center at the University of Nebraska-Lincoln, as of July 5, more of the United States is in moderate drought or worse than at any other time in the 12-year history of the U.S. Drought Monitor.

“The recent heat and dryness is catching up with us on a national scale,” said Michael J. Hayes, director of the National Drought Mitigation Center at UNL. “Now, we have a larger section of the country in these lesser categories of drought than we’ve previously experienced in the history of the drought monitor.”

Signs of moderate drought include some damage to crops and pastures while streams, reservoirs and wells continue to lower, Hayes said. “During 2002 and 2003, there were several very significant droughts taking place that had a much greater coverage of area of the more severe and extreme drought categories,” he said. “Right now we are seeing pockets of more severe drought, but it is spread out over different parts of the country.”

As of Friday, July 13, every river basin in Nebraska, with the exception of the Little Blue and smaller tributaries along the Missouri River were affected by the irrigation stop.

The Natural Resources Department has jurisdiction over all surface water rights in the state, including those held by the U.S. Bureau of Reclamation, irrigation districts and individual irrigators.

Weather forecasts through next Wednesday include extreme heat with little or no precipitation. Daytime temperatures are expected to be in the upper 90s crossing into the three-digit category for several days. The best chance for rain is Monday, July 23, where forecast modules show a 20 percent chance. 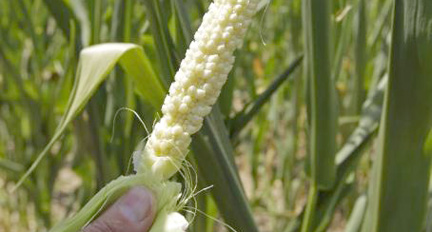