LINCOLN, Neb. — Nebraska is blessed with a “profoundly significant and diverse agricultural production complex” that gives it great economic momentum as a leader in the ever-expanding global food economy, according to a new report from the University of Nebraska-Lincoln.
The report uses statistics from 2010 to paint a picture of the prowess of the state’s ag-based economy. Its percentage share of the state’s total economy is unmatched anywhere except South Dakota.

But the authors also caution that Nebraskans should develop a more comprehensive statewide strategy for long term sustainability of its ag industry to contend with “growing external forces that may not have the best long-term interests of Nebraska in mind.”
“The 2010 Economic Impact of the Nebraska Agricultural Production Complex” was written by Eric Thompson, UNL Bureau of Business Research; and Bruce Johnson and Anil Giri, Department of Agricultural Economics,

The significant role the multiplier effect plays reflects how agriculture has changed in Nebraska and elsewhere, the report said.
“Agriculture has moved significantly from a commodity economy to an agricultural product economy,” authors said. For example, only one-third of the state’s corn crop is exported from the state. The rest is processed through livestock and ethanol production and exported as food, fuel and related products, and this value-added activity boosts employment and earnings across the state.

Agriculture’s prominence also was quite high in the North, Central, South and Southeast regional economies. The East region actually generated the largest regional dollar volume of agricultural activity and ag-related employment, but given the presence of the state’s two largest urban areas, its portion of the region’s broader economy was much smaller.
The report noted that Nebraska’s agricultural producers and manufacturers long have been known as innovative users of the latest technologies and management techniques. “These features allow the complex to be a leader in international trade and create a solid foundation for the Nebraska economy,” the authors wrote. “This was never clearer than during the recent ‘Great Recession,’ when the export strength of Nebraska agriculture helped the state stave off the worst effects of that recession.”
But the converse of that also is true, the report notes. Economic downturns in agriculture are inevitable and their impact will be magnified in Nebraska. In fact, the report says, economic volatility in agriculture is likely to increase.

Authors predict continued growth for Nebraska’s ag production complex, with exports likely to grow to China, India and other countries in Asia and Latin America. They also predict more growth in food processing, agriculture-oriented manufacturers and biotechnology companies and in the transportation industry.
“Overall, Nebraska is positioned, like few other areas of the country, to capitalize on the strength of its agricultural production complex,” the authors wrote. “This state has a thriving bio-economy tied to a rich natural resource endowment and skilled human capital which will only increase in importance in a world of rising global demand for food and other agriculturally based output.”

“That said, however, economic volatility arising from agriculture will tend to ripple through the state’s total economy, often triggered by external forces of both national and global origin.
“This signals a clear need of a more comprehensive state-level strategy for long-term sustainable development around its agricultural base – a strategy engaging all stakeholders in a shared vision for the state and a commitment to pursue it,” the authors wrote.

The report said that strategy could include streamlining of regulations, enhancing investment opportunities for new and emerging agricultural technologies, providing workforce training and management education, expanding basic and applied research for innovation in agriculture, practicing sustainable stewardship of natural resources and enhancing quality-of-life for citizens across the state.

“This will involve the need to engage all stakeholders in a shared vision for the state and a commitment to pursue it. To do otherwise could expose the state to growing external forces that may not have the best long-term interest of Nebraska in mind,” the report concludes.
The study was a joint effort of the UNL Department of Agricultural Economics and the Bureau of Business Research within the Department of Economics and was funded by the university’s Institute of Agriculture and Natural Resources. It is available online at agecon.unl.edu. Hard-copy versions are available from the Department of Agricultural Economics at UNL, 102 Filley Hall, Lincoln, NE 68583-0922 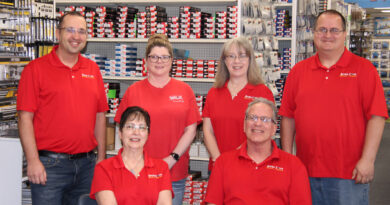