The filing deadline for incumbents wishing to run for federal, county, non-partisan, school and city seats is Feb. 15, 2012. New filers have until March 1, 2012.

As of Tuesday morning, Jan. 31, three incumbents have already filed including Chris Frye for County Commissioner, and Mike Prellwitz and Curt Mumm for the Thayer Central School Board.

The Deshler city board also has three vacancies while Hebron Wards 1, 2 and 3 each have a vacancy. The Hebron Airport Authority has two vacancies this year.

For Thayer County, one commissioner’s seat is open while at the federal level, a vacancy for US Congress 3rd District and US Senator exist.
Other election filing deadlines including the ESU, villages, class II schools and the noxious week board are due July 16 for incumbents and Aug. 1 for new filers. 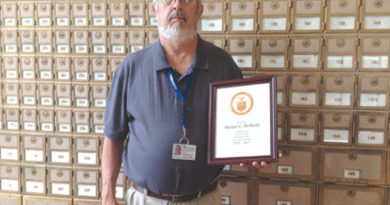