The Hebron Rural Fire Board adopted a measure to bill for rural blazes at a meeting Dec. 2.
In the event of a fire, the rural landowner would receive a bill before turning it over to an insurance company.
“If they’re already paying for insurance that includes fire, we want to utilize that resource instead of digging into someone’s pocket,” District 5 Board President Steve Tietjen said.
The volunteer fire department is trying to recoup some of the funds it is investing in fuel and equipment upkeep. Taxes are not sufficient enough to cover the department’s expenses, especially when trucks go for nearly $400,000.
It’s not just fires. Tietjen said there are numerous accidents on the highway involving people from out of town, or if a truck blows a tire, a member of the department will direct traffic or help in another way. Fire vehicles could be parked for hours at a call.
“No one is receiving compensation for that,” Tietjen said, except ambulances, which have billed for several years.
Fire Chief BJ Linton said emergency medical billing stayed the same for quite a few years until fuel prices rose.
Billing charges are divided between trucks, equipment and supplies.
A pumper truck, for example, is averaged in the industry at $500 per hour. A grass rig is $150 while an aerial ladder truck is $750.
Bunker gear on the equipment list runs $2,100 per hour. The Jaws of Life are $250 an hour.
Foam runs anywhere from $95 to $165 per five gallons, depending on the class of foam used. Safety flares are $10 each.
The fire board entered into a contract that will keep prices the same until changes are needed. In addition, the board can terminate the contract at any time.
The key is open communication with the public to remind them the bills are coming.
“Some people don’t realize that this in their policy,” Tietjen said.
At the meeting, board members asked about fires or accidents that need mutual aid.
Currently, Hebron is the only department in the area to adopt billing for rural incidents. An agreement with other departments will iron out a split on mutual aid calls.
Hebron would receive a lump sum check from the billing and determine how to dole out percentages for mutual aid. One board member suggested billing could be incorporated into existing mutual aid agreements.
Tietjen said charging will also help with the department’s ongoing expenses, such as insurance and other bills.
The Hebron Rural Fire Board works within a perimeter around Hebron. North and south boundaries are Roads G and Q. East and west boundaries are Roads 6600 to 5600. 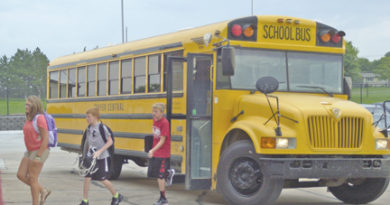 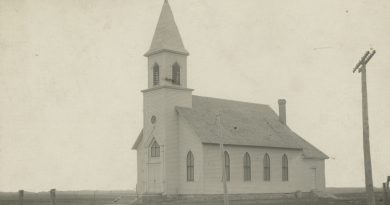