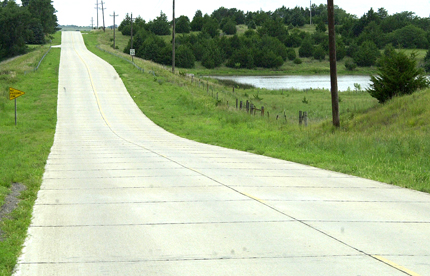 Hebron City Council members were surprised to hear the Department of Natural Resources (DNR) is requiring an up-to-date emergency evacuation plan for the Hebron dam; Thayer County emergency manager Bill McPherson informed the board during its regular meeting earlier this month.

Hebron’s dam is considered high risk due to its proximity to the city, McPherson stated. An evacuation plan includes notification to those whose property might be in danger should a breach in the dam occur, response plans from emergency personnel in the case of overflow, evacuation measures during flooding, as well as a map of the topography and escape routes of the area.

McPherson said evacuation plans weren’t required until 2005; the dam was completed in late 1976. He said that once he was informed a plan and new map needed to be filed he discovered the owner of record was Thayer County. McPherson said the new plan would cost $6,850; Miller & Associates of Kearney, will create it.

Although flooding of Hebron has not been a major concern since the dam was built, the spillway poses a particular “weak spot” in the structure, enough so that an evacuation plan is necessary. The spillway is a 30” tube leading under Dove Road to a canal.

“As you drive along Dove Road,” McPherson said, “there’s a dip on the east side of the dam – that’s the spillway and that’s where water could potentially overflow.” He added that he has seen water up to the bottom of the slope and also mentioned that the pond actually runs quite deep meaning there is definitely enough water there to flood parts of the city should a breach occur. McPherson presented the DNR request to the county commissioners at their regular August 10 meeting to discuss cost-sharing – the commissioners stated earlier in the month that the dam benefits the City of Hebron and therefore felt the city should be responsible for the cost.

City officials at their August 1 meeting, asked McPherson to approach the commissioners and the Little Blue NRD for information about possible cost-sharing opportunities.

At the August 10 meeting, Little Blue NRD board member Joe Hergott said the NRD was favorable to cost-sharing for 25 percent of the total bill. The commissioners agreed to take care of half the expenses leaving another 25 percent to the City of Hebron.

Although the study could bring to light other potential problems, such as the need to widen the spillway or install a riser for extra discharge, right now the dam is structurally sound and doing its job.

Hergott said at the commissioners meeting that in the early 1990s, Hebron had a storm that dropped anywhere from 6-12 inches in the Hebron area and the dam was not breached.