On Aug. 22, Janel Ali Dinar, interim CEO at Thayer County Health Services, announced to employees that a new CEO had been chosen.

Out of all the applicants that applied, Michael Burcham, Sr., was chosen for the position. Burcham has 26 years total experience in the health field with seven of those years working as CEO of Black River Medical Center and Poplar Bluff Medical Partners in Poplar Bluff, Missouri.

Before he became CEO, he attended Nebraska Weselyan and Creighton  University for a respiratory care certificate. Following that he earned a degree in business administration from Sterling College in Sterling, Kan. Most recently he earned a Masters in Executive Management from William Woods University in Fulton, Missouri.

Since earning his degrees, Burcham has worked many years as a cardiopulmonary services director, an ancillary services administrator and an executive director.

Born and raised in Nebraska, Burcham knew he wanted to return to a rural area.

Not only did he like the aspect of getting back to Nebraska and a rural area, Burcham appreciated what he saw at Thayer County Health Services when he came to visit.

“I’ve seen many rural hospital facilities and this is probably one of the best I’ve seen in terms of technology, the people and the physicians,” he said.
He and his wife, Cindy, have three children and seven grandchildren. He and his wife are currently working on relocating to Hebron.

Cindy owns her own business that handles accounts receivable and billing for medical agencies. She will be continuing her business from Hebron with help from her daughter.

Burcham said he and his wife are excited to move to this community. He is also excited for the opportunity to work in this facility.

“I invite everyone who hasn’t seen this facility in a while to come down and see the changes that have been made in recent years,” said Burcham. 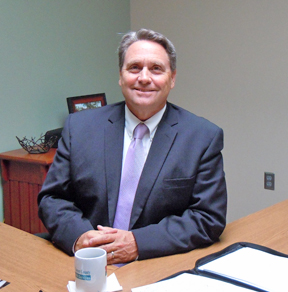 We review July through December 2011