Two depositions taken in August of 2019 have led to more charges in an incident that was followed by the shooting of Reuben and Remington Elting in Hebron.

Cody Krula, 24, now of Schuyler, was arrested last week after a warrant for two charges of assault in the third degree was issued Feb. 24.

Lewis is due for sentencing in a plea bargain for cirminal attempt of using a deadly weapon to commit a felony and terroristic threats surrounding the same incident Krula  is being charged in. The two were together that night.

Lewis’s charges do not involve the shooting at his home, nor are there pending criminal charges. Reuben Elting was in critical condition following the shooting and Remington Elting died of his injuries.

It’s alleged Krula drove his pickup into Elting’s front yard and stopped just before hitting one of the victims. Both he and Lewis exited the pickup and Lewis fired several rounds from a gun, then pointed the gun at one of the victims’ chest and subsequently, the other.

Krula is accused of punching one of the victims, who lost a tooth becuase of it. One of the victims said Lewis hit him with the gun as he was trying to remove Krula from hitting the other victim. 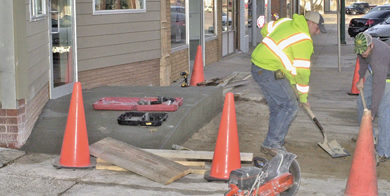