LINCOLN, Neb. — Most rural Nebraskans have health insurance and a majority think the nation will be worse off under the new health care law, though many also acknowledge they don’t sufficiently understand the law, according to the 2013 Nebraska Rural Poll.

The poll asked participants a series of questions about their own health-insurance situation and about their opinions of the Affordable Care Act, also known as the health care reform law, passed by Congress in 2010.

The poll also found rural Nebraskans to be highly skeptical about the Affordable Care Act. Cheryl Burkhart Kreisel, UNL Extension specialist in entrepreneurship/business development, said that skepticism is not surprising considering the law came from a democratic president and members of Congress, “and we’re polling a very conservative red state.”

Thirty-five percent said they believed people currently without health insurance will be better off under the new law, while 27 percent think they’d be worse off.

– Thirty-six percent think the new law will be somewhat successful at increasing access to health insurance coverage, while 27 percent think it won’t.

– Persons living in or near smaller communities are more likely than those in or near large communities to say they and their family will be worse off under the new law – 56 percent compared to 43 percent.

“There’s a lot of learning and education that needs to take place,” Burkhart-Kreisel said.

“There’s a lack of trust in the entire system,” added Randy Cantrell, rural sociologist with the Rural Futures Institute.

“It’s a fascinating look at what you get with a major national policy change,” he said.

The Rural Poll is the largest annual poll of rural Nebraskans’ perceptions on quality of life and policy issues. This year’s response rate was about 37 percent. The margin of error is plus or minus 2 percent. Complete results are available online athttp://ruralpoll.unl.edu.

With its 18-year history, the poll has a collection of data about rural trends and perceptions that is unmatched in the country, said Becky Vogt, project manager who’s been working on the Rural Poll since its second year. 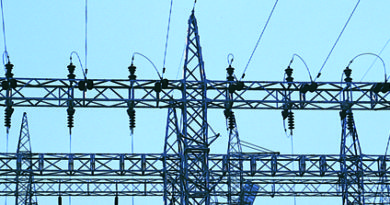