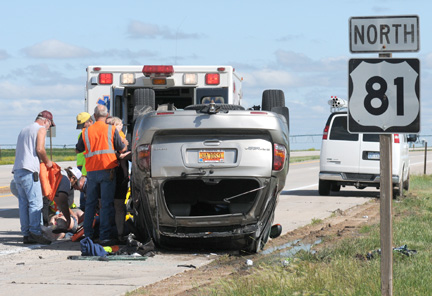 According to the report, Danae Federico, 45, of Scandia, Kan., said she was northbound on U.S. 81 when an eastbound pickup on Highway 8 entered the intersection. She said she did not think the pickup was going to stop and changed lanes to avoid a collision. She then swerved and lost control and the vehicle rolled on to its top.

Both the driver and passenger were wearing seat belts and Sheriff Lee said he was happy to report that the infant was properly secured in a child seat and removed from the car seat while the vehicle was upside down. “Please always have your children properly secured and remember to buckle up,” he said. “This accident could have been much worse.”

Neither drugs or alcohol was suspected. Chester Fire and Rescue and Hebron Rescue answered the emergency call. 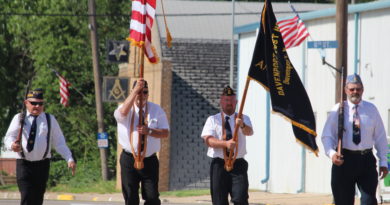