LINCOLN, Neb. — Most rural Nebraskans support continued or even increased spending on a variety of public services ranging from public broadcasting to roads, education and safety, according to the 2013 Nebraska Rural Poll.

Among the issues this year’s poll explored were rural Nebraskans’ opinions about spending on various major public services. It found that most rural Nebraskans would like to see no change in the level of spending for the following public services: public safety (police, fire, etc.), 69 percent; hospitals and health care, 64 percent; natural resources, parks and recreation, 63 percent; corrections and rehabilitation, 61 percent; housing and community development, 61 percent; workforce training, 60 percent; public broadcasting services, 59 percent; roads and bridges, 56 percent; and medical assistance to the poor, 53 percent.

The only public service for which a majority of respondents – 51 percent — supported less public spending was unemployment compensation.

Thirty-eight percent of rural Nebraskans supported increased spending on roads and bridges, and 35 percent supported more spending for education. No other public service garnered more than 21 percent support for an increase in public spending.

The poll did not ask Nebraskans to make choices about which public services they would choose to fund over others, noted Eric Thompson, director of UNL’s Bureau of Business Research and a member of the Rural Poll team. Still, the poll’s findings could be interpreted as belying rural Nebraskans’ reputation for being stingy with public funding, he added.

As for the one category for which a majority supported less public spending – unemployment compensation – that could be interpreted as a desire there was less need for it, Thompson said. Another interpretation could be that the issue doesn’t resonate much in Nebraska, as a historically low-unemployment state.

Overall, 94 percent of respondents supported the same level or more spending for roads and bridges, the largest total in the survey. And, indeed, that’s now occurring, thanks to legislation passed by the Nebraska Legislature

“For the young, healthy, and employed, it can be difficult to find support for such public spending. A lifetime of experiences may eventually sway how they feel,” said Brad Lubben, UNL public policy specialist.

The funding question addressed major spending categories including education, public safety, roads and bridges, and medical assistance to the poor. While multiple responses were allowed, most respondents checked just one choice for funding sources for each category. The resulting mix of funding sources is reflective of the current mix of funding for public services in Nebraska.

“As the state considers potential tax reform, the funding sources, the spending priorities, and the matchup of sources to uses will be a complex equation to solve,” Lubben added.

The Rural Poll is the largest annual poll of rural Nebraskans’ perceptions on quality of life and policy issues. This year’s response rate was about 37 percent. The margin of error is plus or minus 2 percent. Complete results are available online at http://ruralpoll.unl.edu. 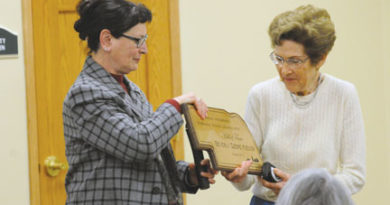